That’s the point of a Bloomberg article:

Anyway, that Jeep plant? It didn’t move to China. And it’s actually doing quite well. No, scratch that: It’s going gangbusters. Demand for Jeeps is so high that Chrysler workers are clocking 60 hours a week and still can’t keep up. 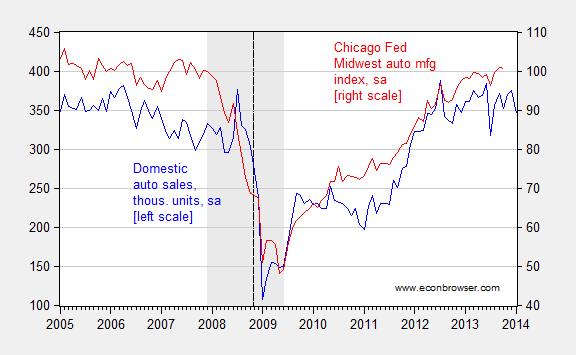 I think it is useful when thinking about production trends to consider the end-use of the product. One interesting point is that vehicle miles driven has declined, and is essentially flat, despite the fact that GDP has exceeded pre-recession peaks. This is shown in Figure 2. 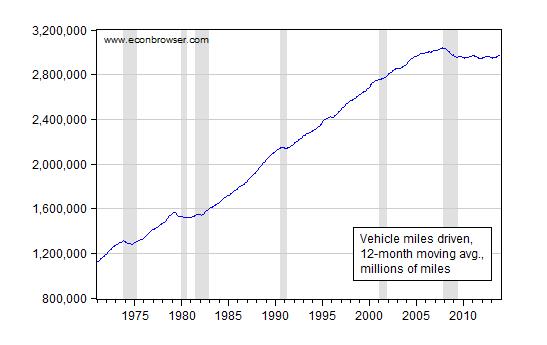 41 thoughts on ““The Jeep Plant Mitt Romney Said Was Moving to China Is Hiring 1,000 Workers in Ohio””