President Trump is upset that the media missed this economic event:

I do not have the stats for Inauguration + 1 month data, but here is end-of-month data through January 2017 for total Federal debt. 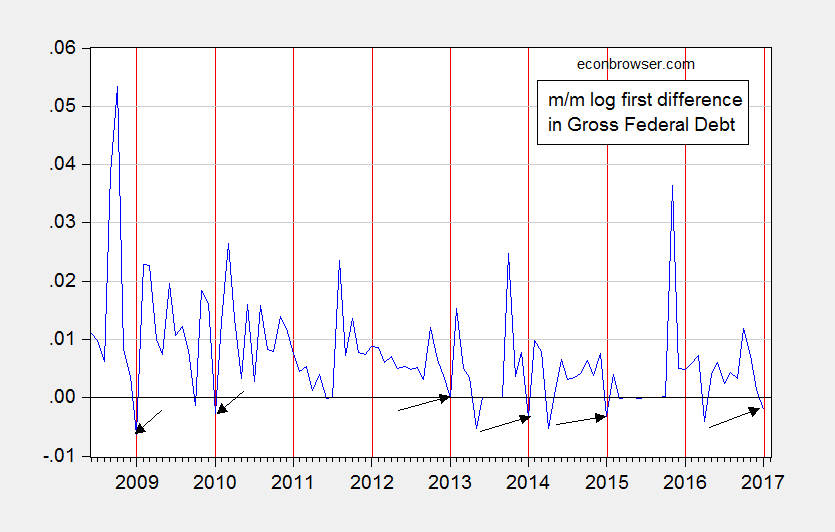 Notice that a reduction in debt in January happens more often than not. A regression of this series on a constant and a January dummy over the period 1947M01-2017M01 yields a January coefficient of -0.0036, t-stat of 5.6 (HAC robust standard errors). In words, gross Federal debt drops on average 4.3% (annualized) in January relative to average growth. Of course, total Federal debt includes intra-government holdings. What is more relevant is privately held Federal debt (which includes debt held by the Fed). 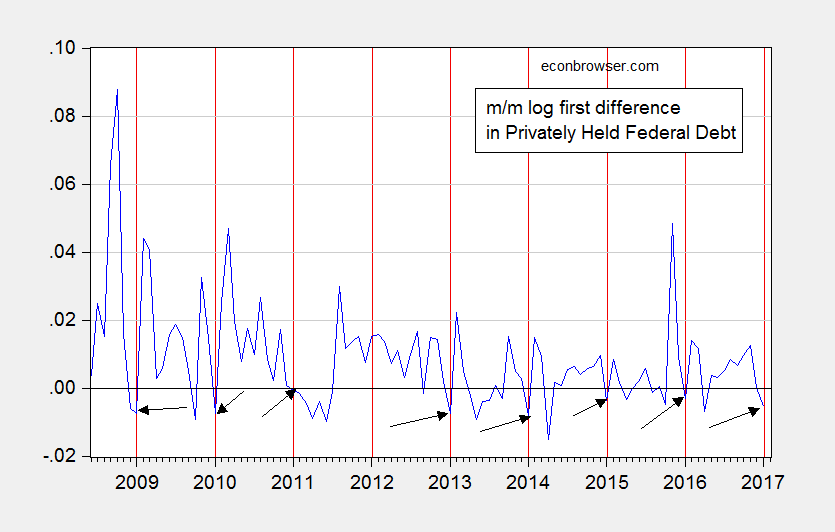 “Anything that has happened to the debt has been on autopilot since Obama left,” said Laurence Kotlikoff, an economics professor at Boston University. “If anything, he is taking credit for something Obama did.”