What is true is nonfarm payroll employment growth has slowed, and in fact previous readings have been revised down. 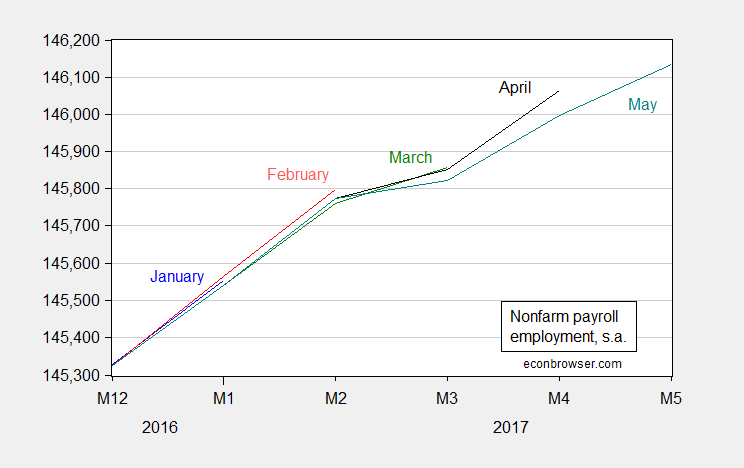 Here are five of the key indicators that the NBER Business Cycle Dating Committee (BCDC) have referred to in the past. 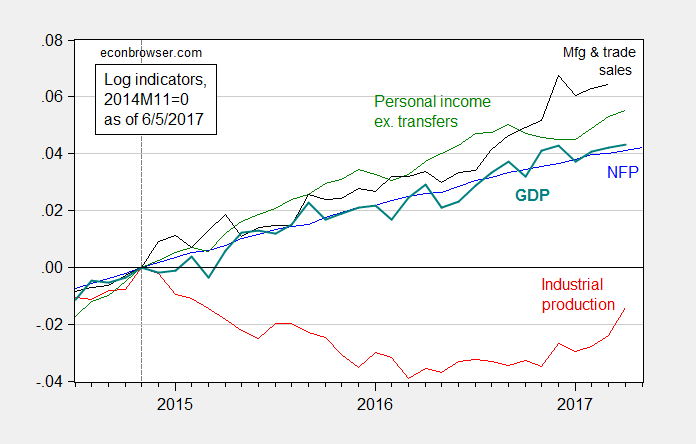 Most indicators are rising, albeit slower in some cases.

Term spreads are not indicative of a recession. 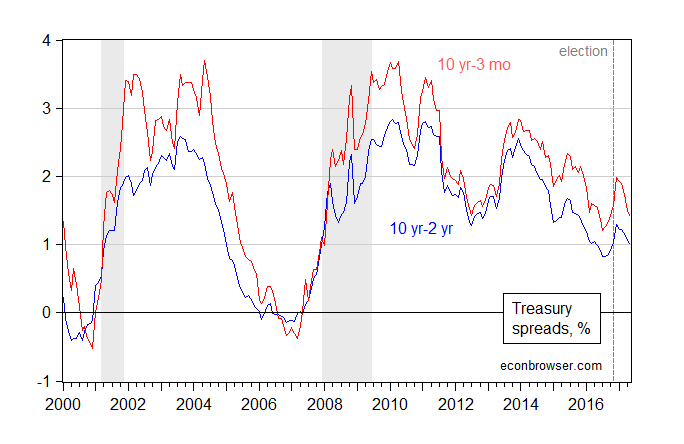 However, the fact that the spreads have reverted to roughly pre-election levels is indicative of a downward revision of growth prospects.