A reader brings my attention to John Schmid’s article documenting the Wisconsin employment slowdown, relying on the Census of Quarterly Employment and Wages, for the year ending December 2016. 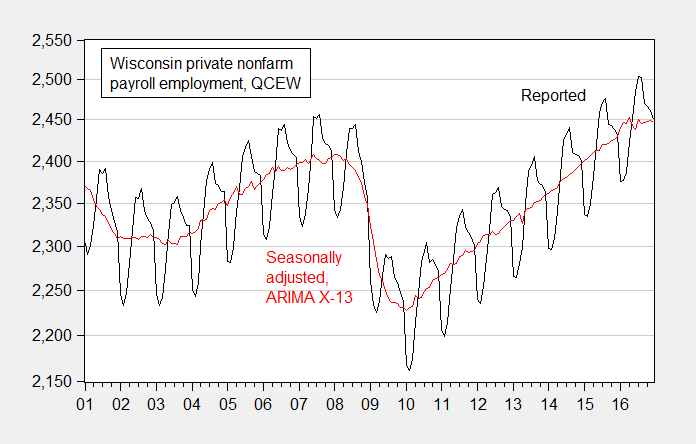 And here are the seasonally adjusted series for private nonfarm payroll employment, including the establishment survey based series. 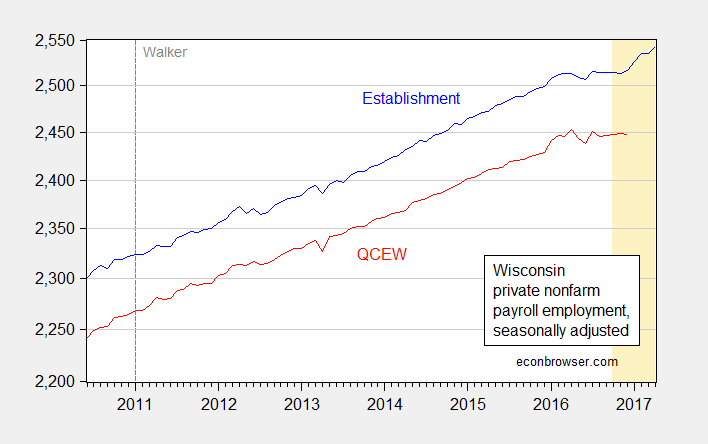 Note that while the establishment survey numbers have surged over the past few months, these are not benchmarked to the Census numbers.

The Philadelphia Fed coincident index does not suggest a recession, but rather acceleration in the past few months, although it is based in part on data from the same establishment survey.

4 thoughts on “Stall Speed in Wisconsin?”