The Bureau of Economic Analysis announced today that U.S. real GDP grew at a 2.6% annual rate in the second quarter. That is below the long-term historical average of 3.1%, but better than the 2.1% we’ve seen on average since the Great Recession ended in 2009. 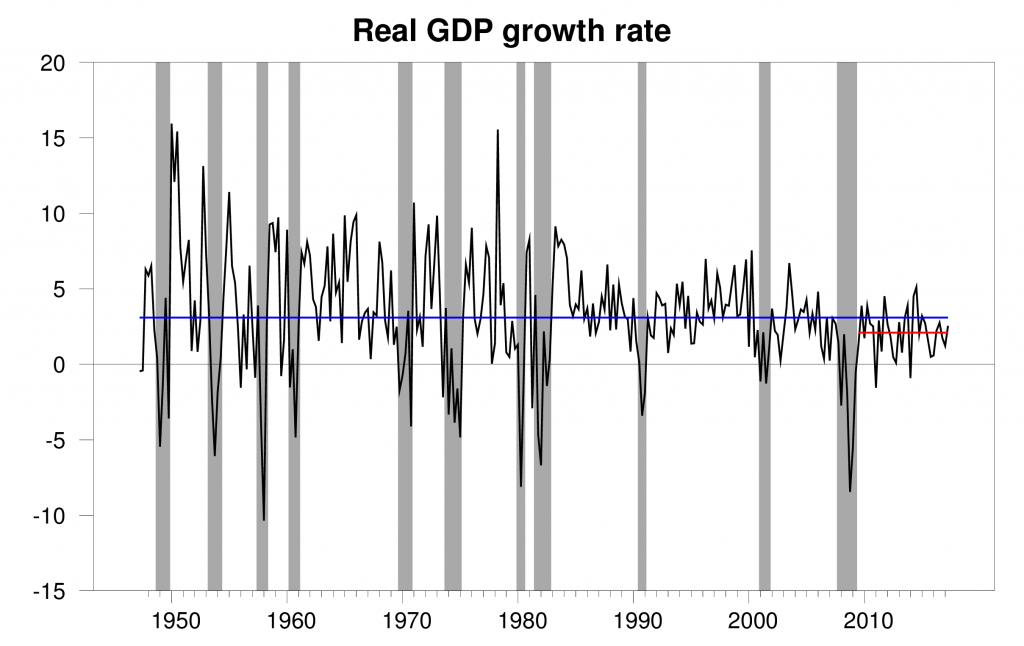 This helped our Econbrowser Recession Indicator Index to ease down to 8.2%, confirming the U.S. remains steadily in the expansion phase of the business cycle. GDP-based recession indicator index. The plotted value for each date is based solely on information as it would have been publicly available and reported as of one quarter after the indicated date, with 2017:Q1 the last date shown on the graph. Shaded regions represent the NBER’s dates for recessions, which dates were not used in any way in constructing the index, and which were sometimes not reported until two years after the date.

Solid growth in consumption spending was the main driver, with increases in nonresidential fixed investment also making a solid contribution. 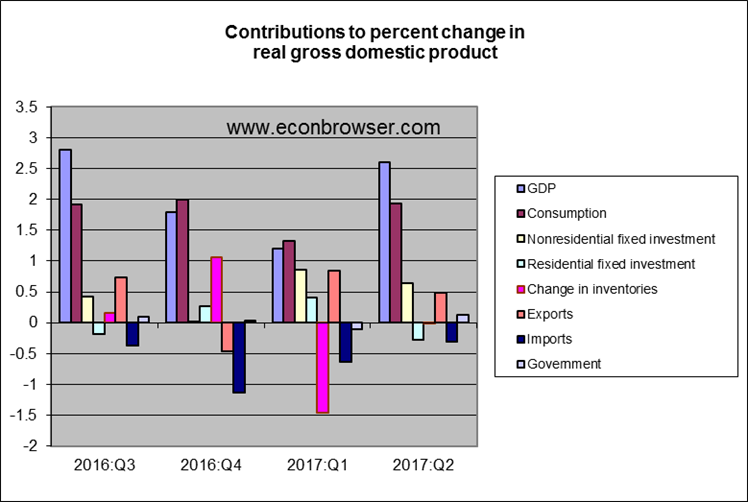 But that last number doesn’t look as robust as one might have hoped. Nominal fixed investment (at an annual rate) was up $36 billion in the second quarter over the first. Nineteen billion (more than half) of that came from mining exploration, shafts, and wells. A resurgence in U.S. oil drilling is showing up in GDP. 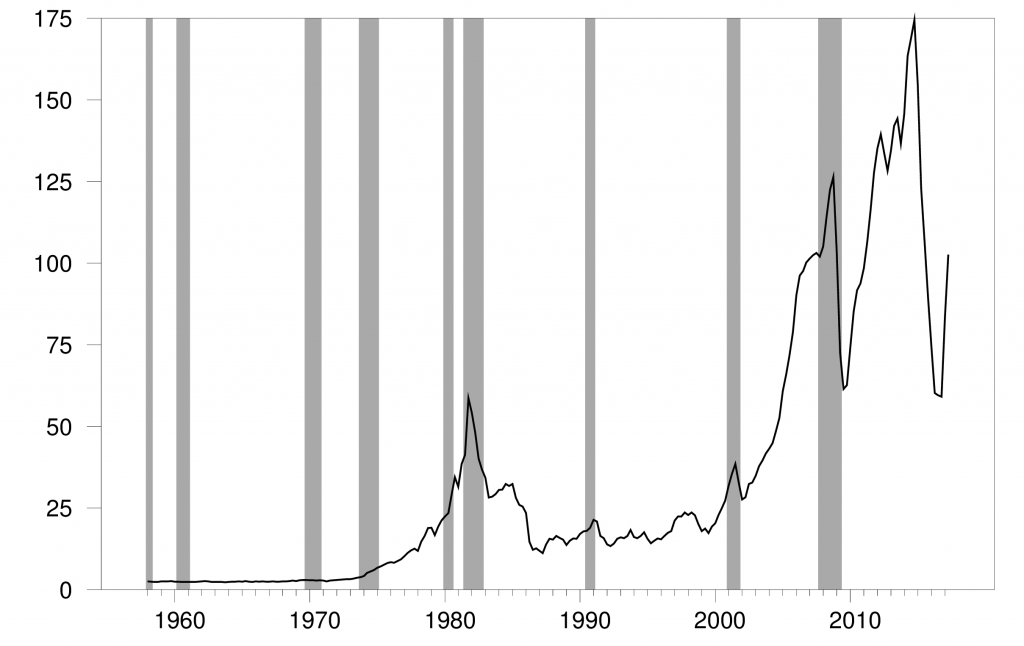 And that happened with many of the key players in fracking still cash-flow negative [1], [2]. Should we expect further big increases in oil-related investment from the 2017:Q2 levels? I don’t.