Third release numbers on GDP are out. Growth of Gross Domestic Output — the average of GDP and GDI — is down much more than that of GDP: nearly a percentage point. 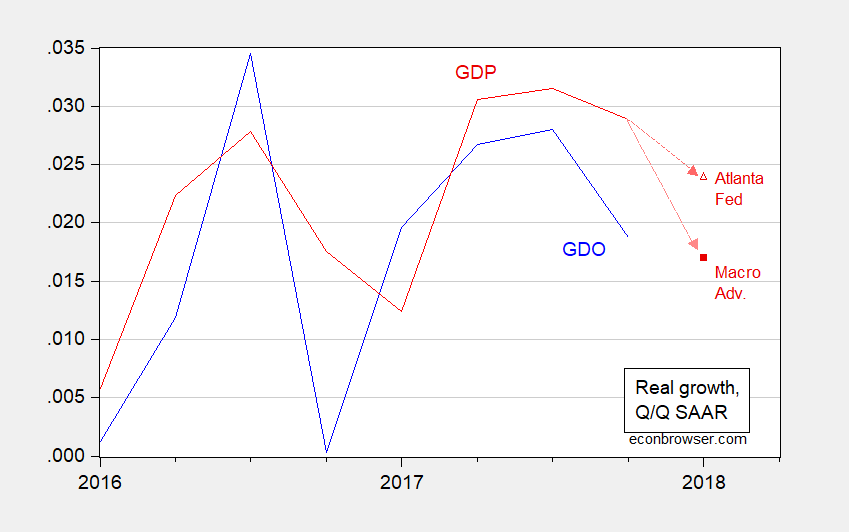 The downshift in Atlanta Fed nowcasts from 5.5% to 2.4% is pretty interesting.

11 thoughts on “A Deceleration in Economic Activity?”