That’s the amount of time between 10 year-3 month yield curve inversions and the beginning of the subsequent NBER-dated recession (these are the three recessions in the Great Moderation period). This is shown in Figure 1. 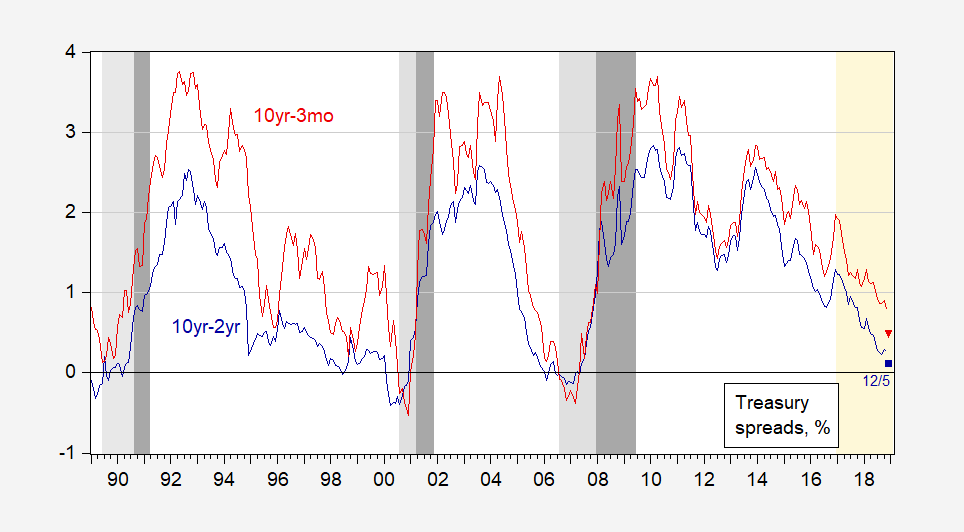 It looks like we are on pace for the 10yr-2yr inversion I predicted in this post. For the 10 year-2 year spread, the corresponding numbers are 19, 13, 22 months.

Interestingly, the 10yr-3mo spread did not actually invert before the 1990-91 recession (the gray shading starts from the minimum, in 1989M06).

Update, 12/6 7:30PM Pacific: The Richmond Fed questions the conventional wisdom, focusing on the downward trend in the estimated term premium: