Why I think the UK is in a world of hurt, regardless of where Brexit goes. It’s just a matter of how bad… 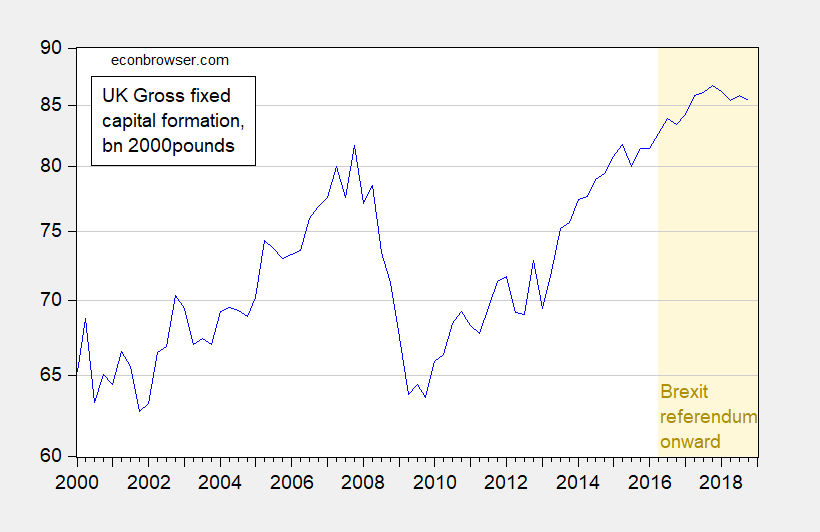 So while UK GDP keeps on rising, forward looking components like fixed investment — susceptible to expectations and uncertainty — have already turned down.