Torsten Sløk at Deutsche Bank had an interesting commentary [not online] this morning, noting the disjuncture between the different estimates of estimated term premia from affine (no arbitrage) models of the term structure emanating from the NY and SF Feds. I adjust the term spread by the term premium from SF and show the implied probability of recession, alongside that from the conventional 10yr-3mo. 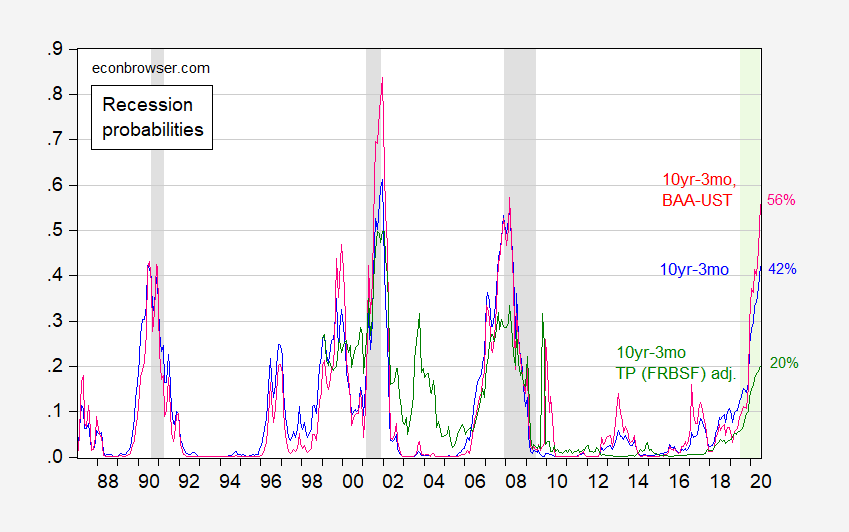 Here is the graph from Torsten Slok which spurred this post: 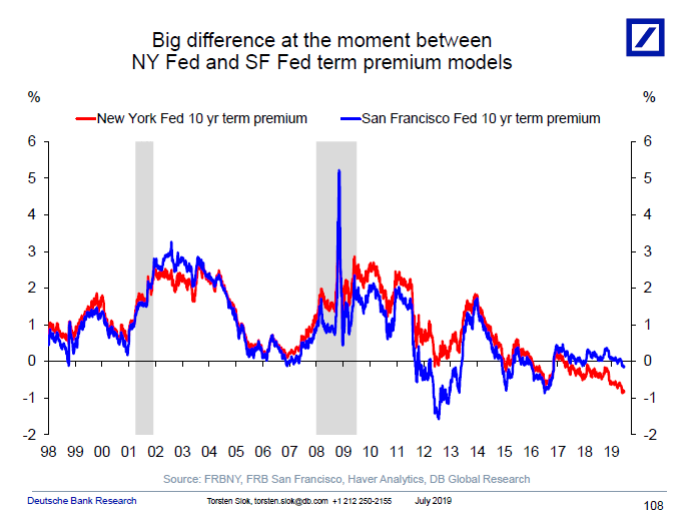 16 thoughts on “To Worry or Not To Worry: Adjusted and Unadjusted Spreads”