The Bureau of Economic Analysis announced today that U.S. real GDP grew at a 1.9% annual rate in the third quarter of 2019. That’s a little below the 2.3% average rate since the recovery from the Great Recession began in 2009:Q3. 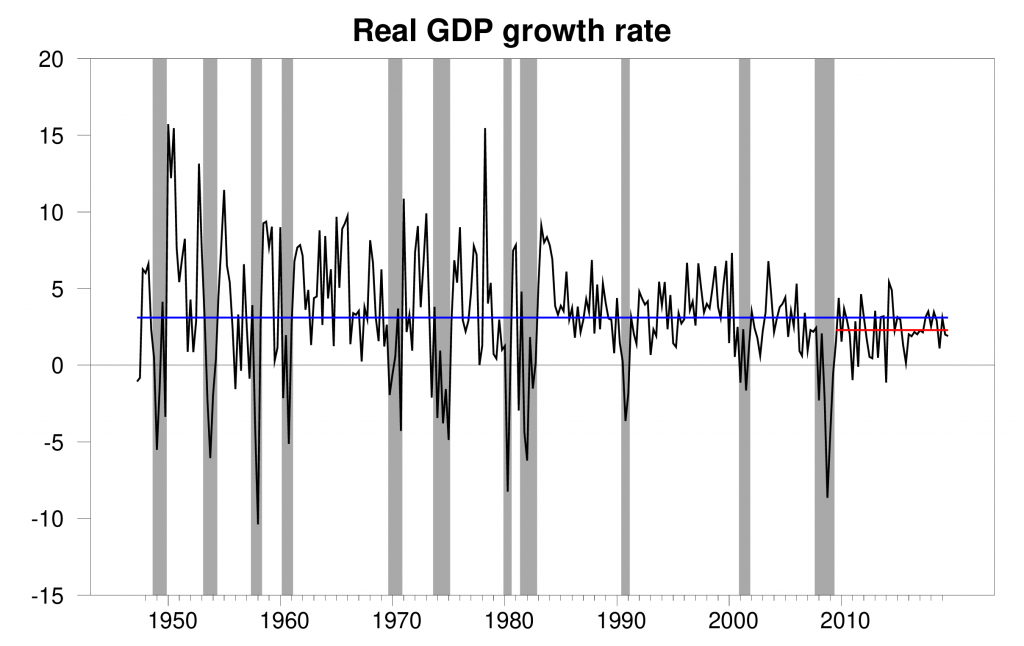 Year-over-year growth rates have been slowing a little. 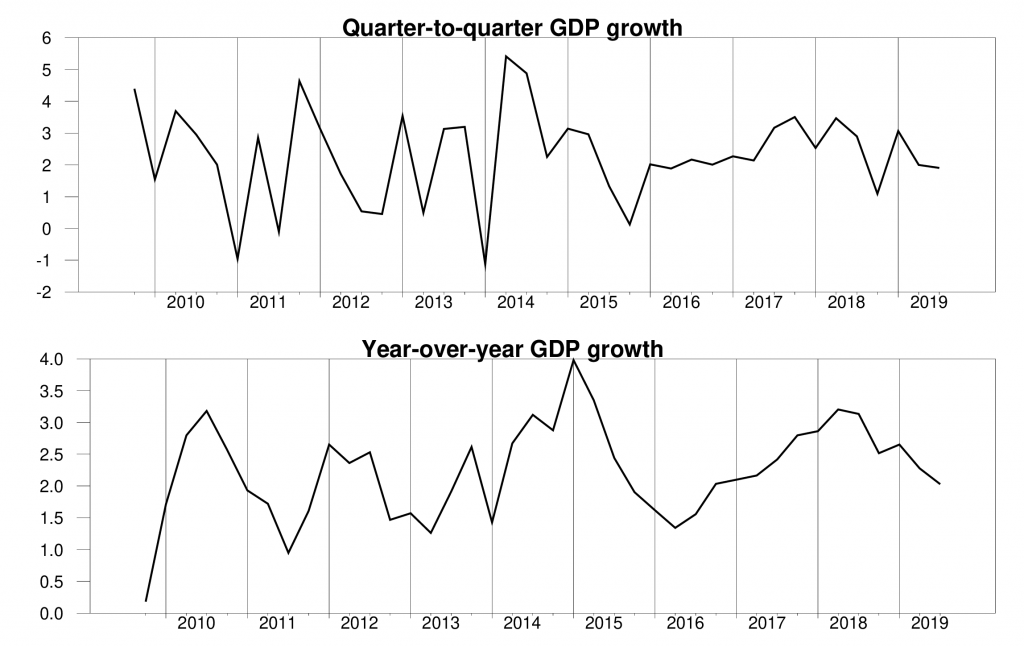 The new release brought the Econbrowser Recession Indicator Index up to 3.9%, still keeping the index in the very low range we’ve seen over the last two years. That signals that the U.S. economic expansion has now been under way for more than 10 years, setting a new record for the longest U.S. economic expansion. 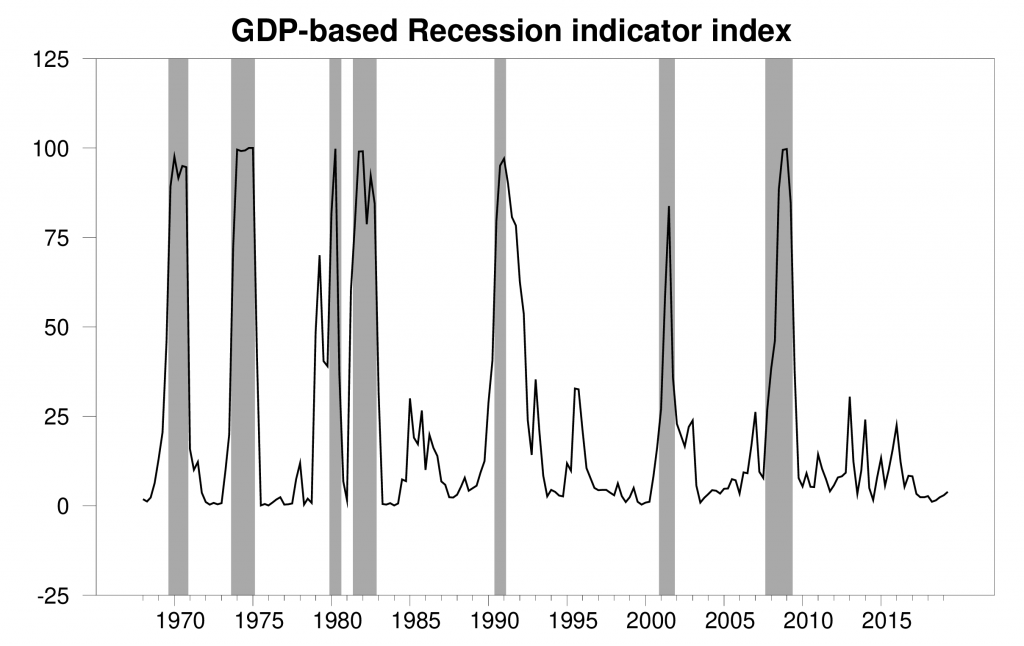 GDP-based recession indicator index. The plotted value for each date is based solely on information as it would have been publicly available and reported as of one quarter after the indicated date, with 2019:Q2 the last date shown on the graph. Shaded regions represent the NBER’s dates for recessions, which dates were not used in any way in constructing the index, and which were sometimes not reported until two years after the date.

In terms of the individual components of GDP, the growth came from consumption spending and … not much else. A drop in business fixed investment offset the boost from higher government spending. 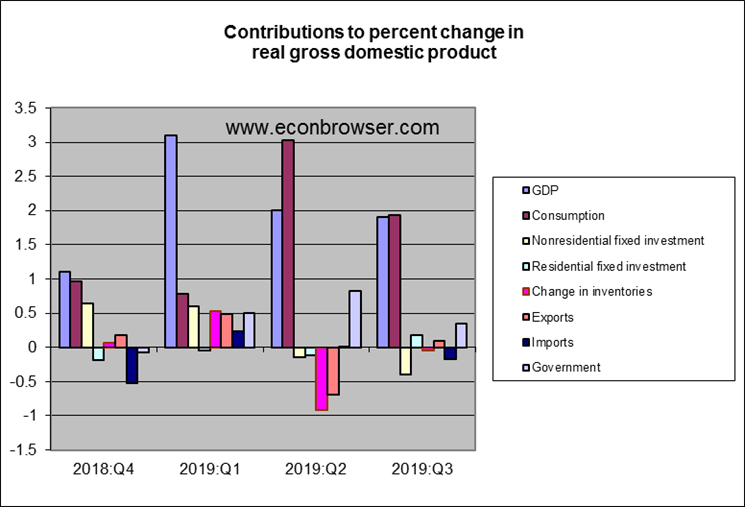 A $10 billion decline in transportation equipment contributed to the decline in investment spending, reflecting Boeing’s continuing problems with the 737 Max and a strike at GM. But equally large drops in computers and mining structures point to a broader problem. Uncertainty about the economic outlook may be taking a toll on forward-looking business spending.