As noted by Jim. Over the last week, we’ve received new readings on employment, income, sales, and monthly GDP: 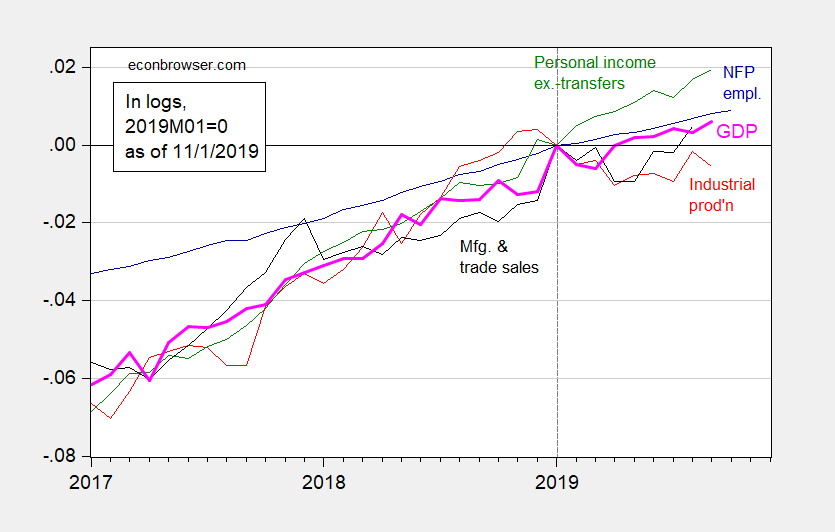 While there is no clear downturn (save in industrial output), deceleration is apparent. This is most obvious in the smoothest series, nonfarm payroll employment. 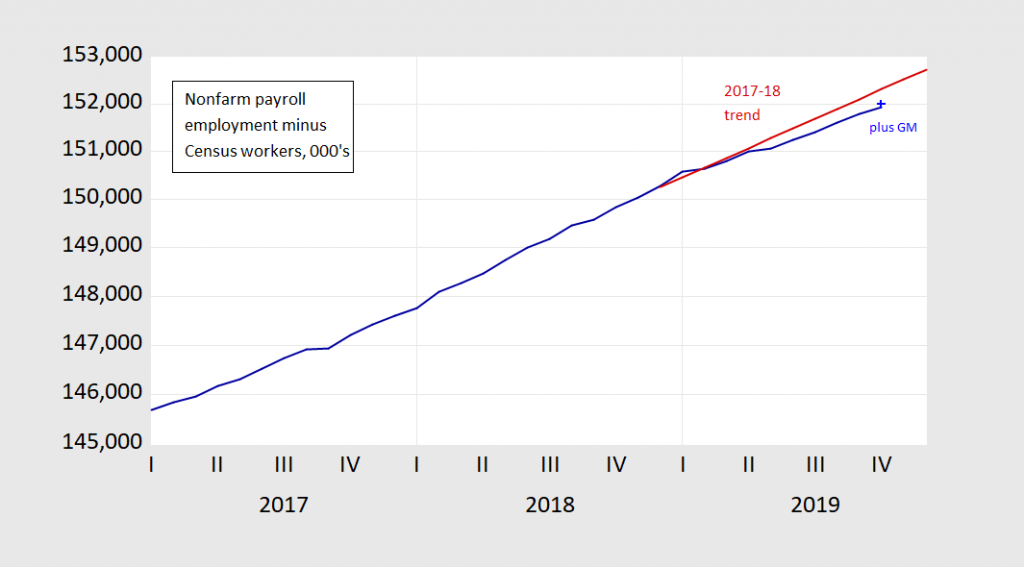 This deceleration has shown up in the Chicago Fed National Activity Index (CFNAI). 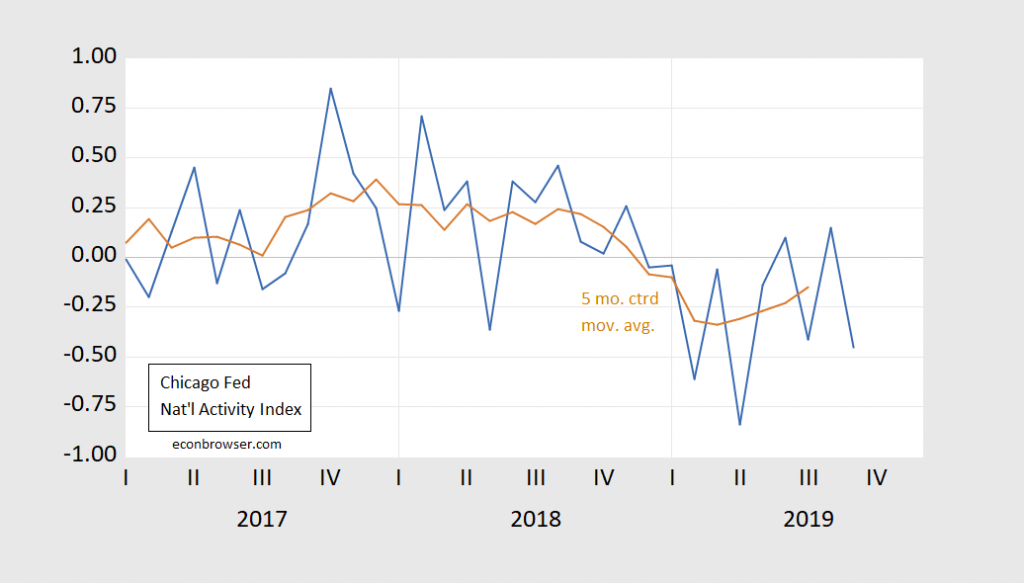 The 3 month moving average is at -0.24, which is not at the threshold of -0.70 that is identified with recession.