For now, we know as of 2019Q4, we’re not in a recession, according to Jim’s analysis. But Q4/Q4 GDP growth fails to hit Trump targets (again!), business cycle indicators continue to plug along, but RV sales plunge 16% y/y. And yield curve inverts (again)! Is it flight to safety or lower expected future short rates? 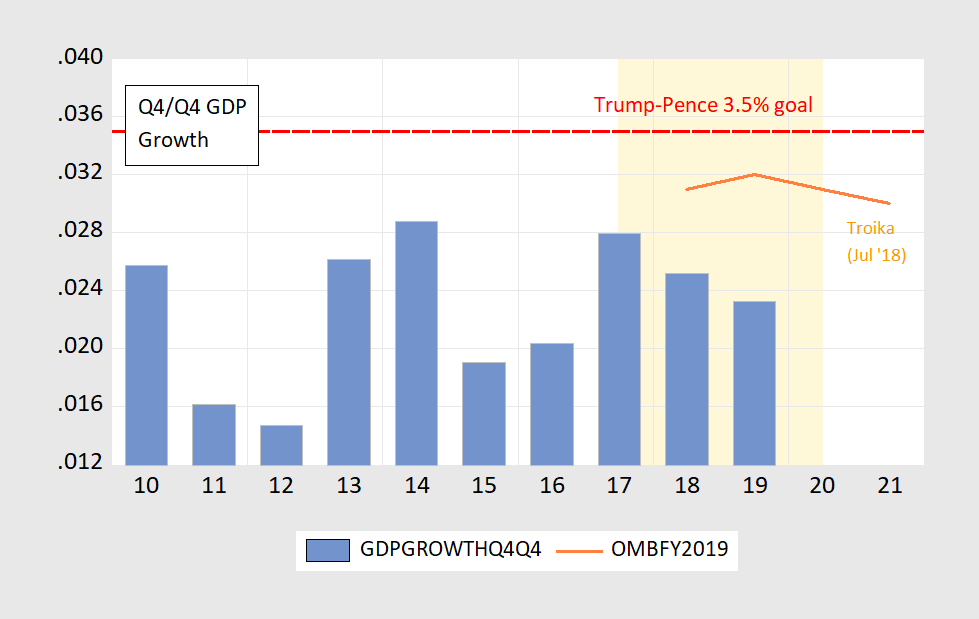 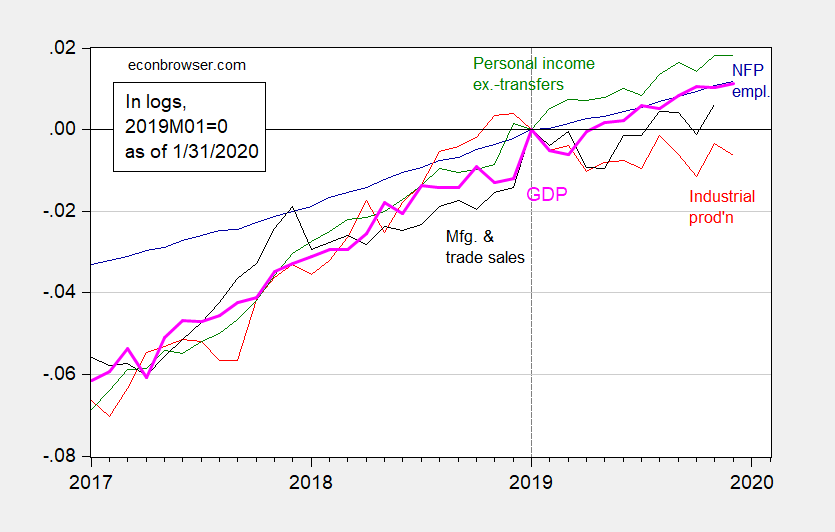 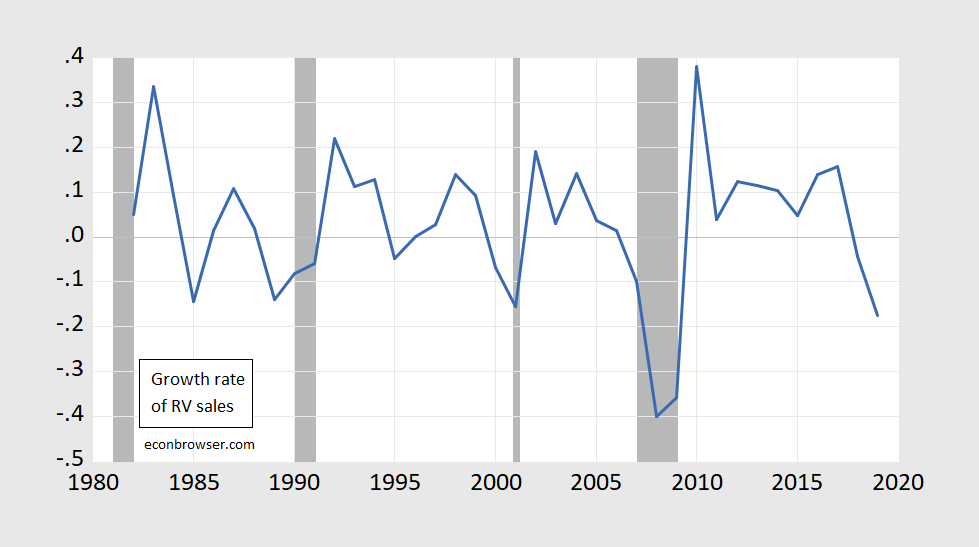 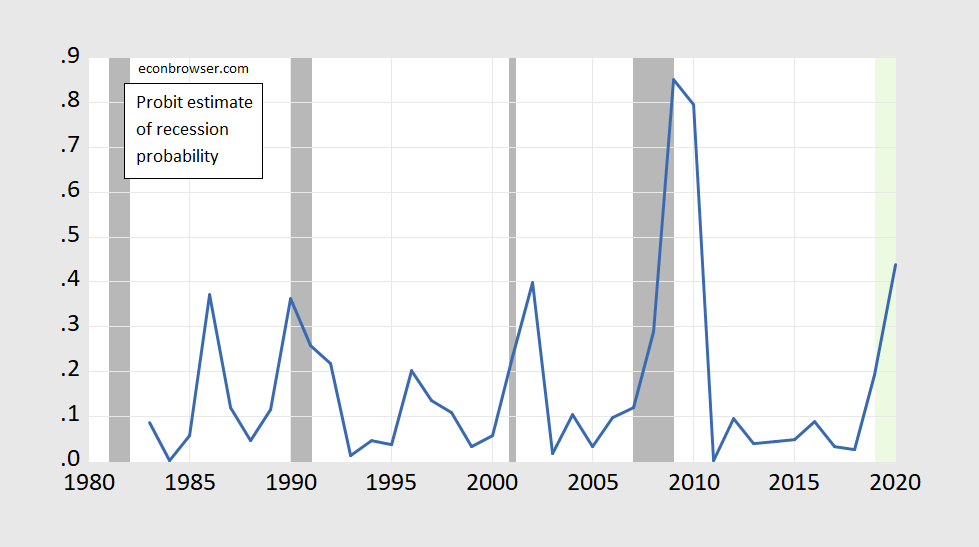 Notice that this probabiity assessment is not subject to the changing behavior of the term premium over time.

That being said, there has been action on the yield curve front over the month of January. 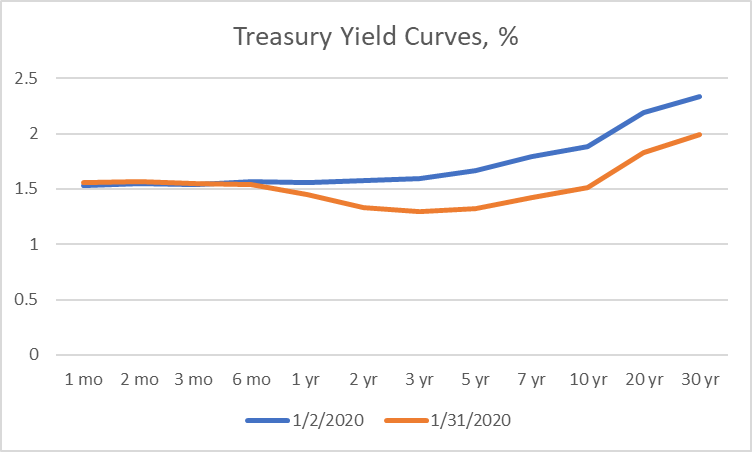 By the end of January, the yield curve is inverted (relative to 2 months) all the way out to somewhere between 10 and 20 years. Placing in the context of a longer time period: 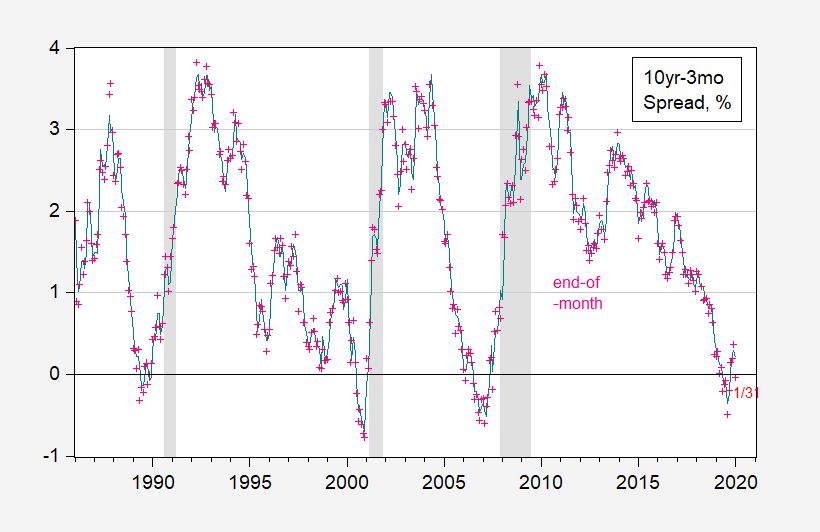 The average values of the term spread suggest a slight upward move in the probability of recession in 12 months, once again using a plain vanilla probit. 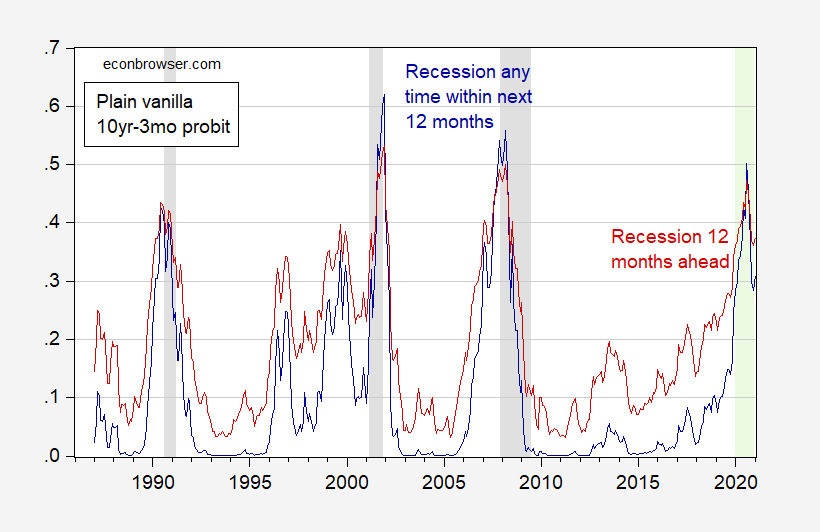 Last bit of information: Not only is the 10yr-3mo spread negative, so too is the TIPS 10 year (real) yield. 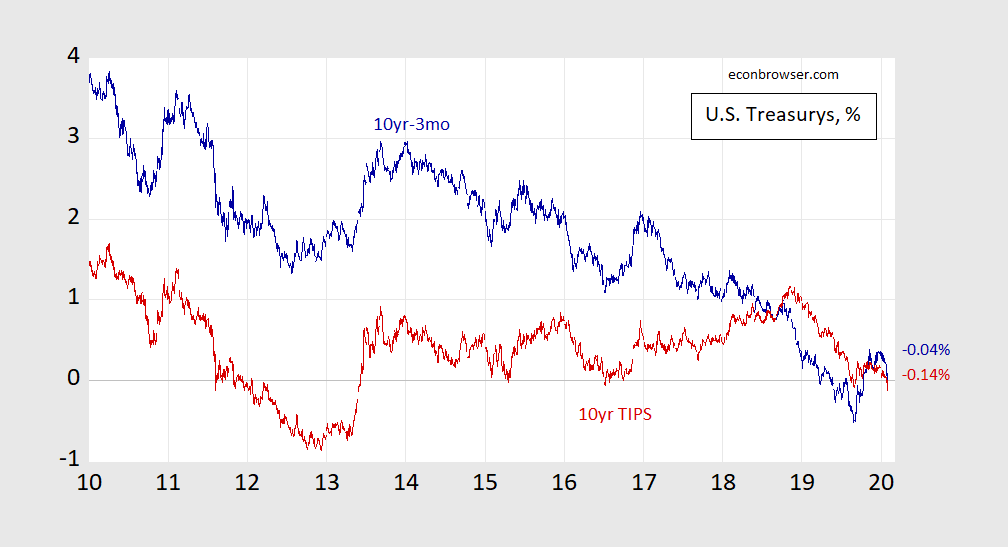