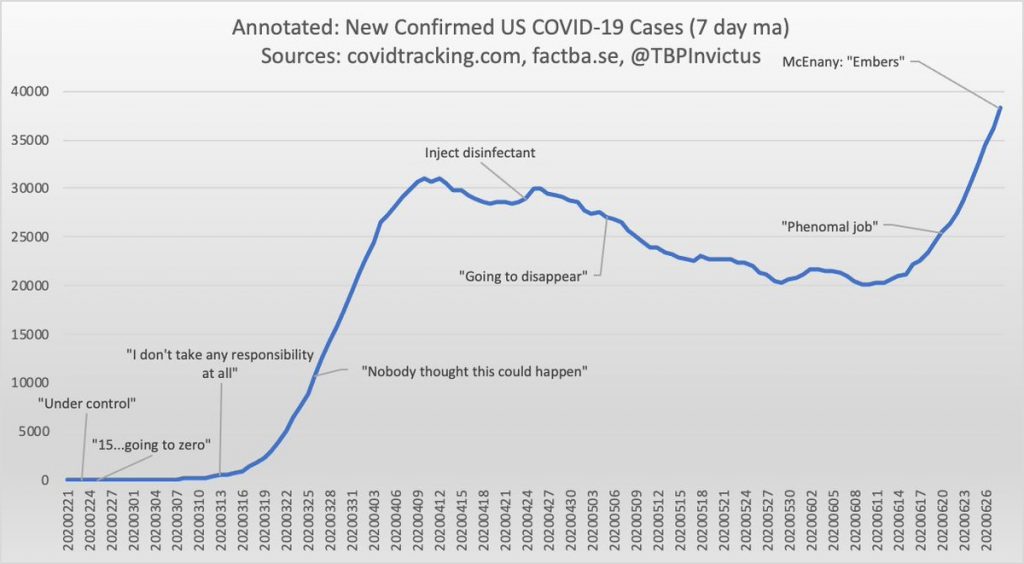 This graph posted in response to Rick Stryker’s criticism of those citing “it’s going to disappear”.

…you and other progressives dishonestly allude to a quote from Trump taken out of context, in order to make him look bad. Here is the full quote:

“It’s going to disappear. One day — it’s like a miracle — it will disappear. And from our shores, we — you know, it could get worse before it gets better. It could maybe go away. We’ll see what happens. Nobody really knows.

The fact is, the greatest experts — I’ve spoken to them all. Nobody really knows.”

I honestly don’t know how adding the entire quote is helpful to the case that Mr. Trump has implemented a coherent and effective management of the covid-19 pandemic.

39 thoughts on “Covid-19 Pandemic in the US: The Trump-Annotated Timeline”