The trade balance hit -$63.6 billion (monthly, seasonally adjusted) in July. The trade balance has been deteriorating since the recession began, in contrast to what usually happens — an improvement in the trade balance, as imports decline with a decline in domestic economic activity. 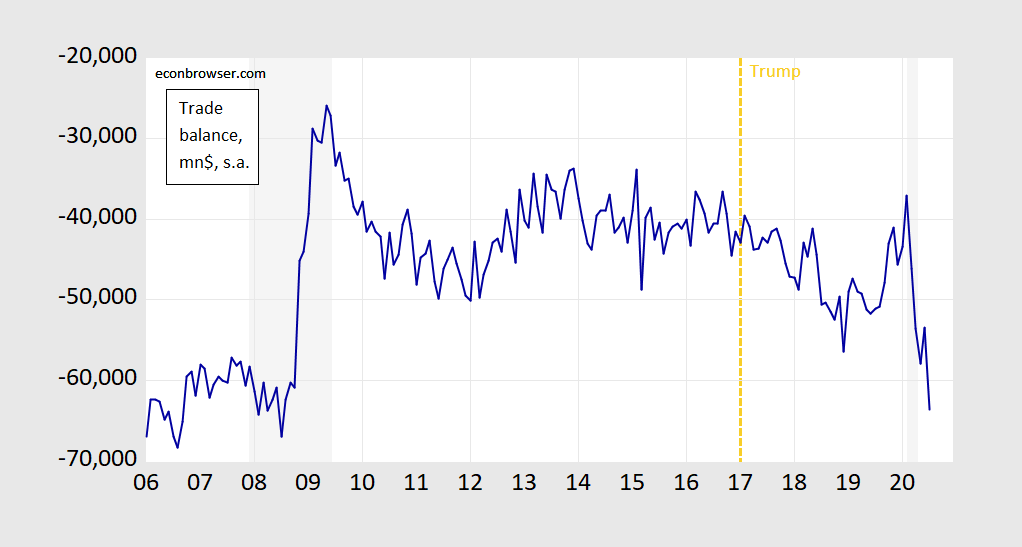 So another stylized fact bites the dust during the Trump administration.

And, pretty unambiguously, the trade deficit has increased since Mr. Trump took office.

37 thoughts on “Trade Deficit Surges During the Recession”