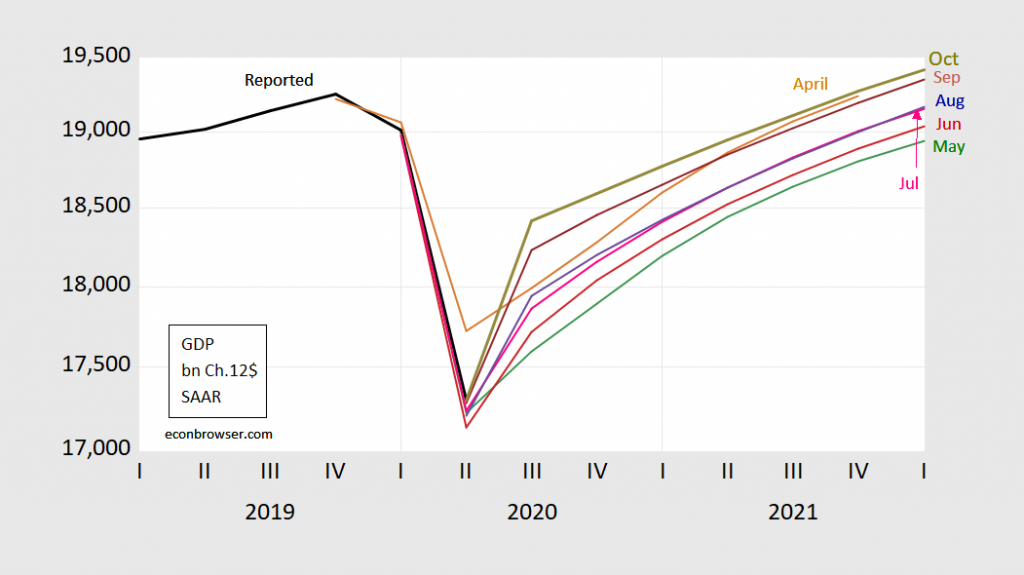 The three most recent forecasts are for rising levels of Q4 GDP — arising partly from higher reported Q2 GDP at each revision, and mostly from upwardly revised estimates of Q3 growth (even as Q4 is revised downward). GDP does not exceed previous peak level until 2021Q4, according to the mean survey response.

The most optimistic forecaster (for the remainder of 2020) remains the ever consistently optimistic James Smith of EconForecaster. The most pessimistic is A.C. Cutts. Daniel Bachman of Deloitte had the most “W”-ish recovery forecast — although the last stroke of the W is a bit limp.

The survey was taken between October 2-6. This period largely predates Mr. Trump’s announcement of the end of negotiations on the Phase 4 recovery package. It’s hard to know how to incorporate this annoucement, given the lack of credibility on the part of the administration. I compare the forecasts from Goldman Sachs research from early September and late “no deal” in this post.