The positive surprise in nonfarm payroll (NFP) employment — 379K vs Bloomberg consensus of 182K — was good news. However, it’s important to place this in context. NFP is 9.5 million lower (i.e., 6.2% lower) than the NBER peak in February 2020. In the context of key macro indicators followed by the  NBER Business Cycle Dating Committee: 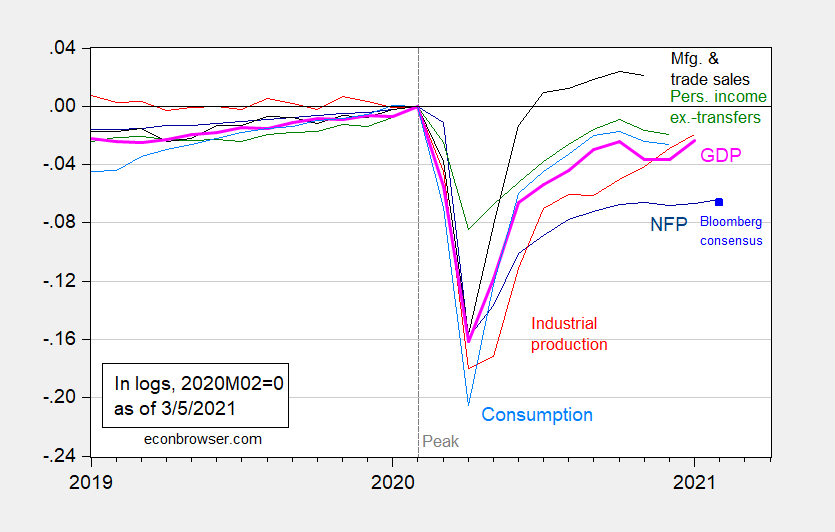 Notice that while the 375K number seems large relative to 182K, this increase still looks small relative to the gap between where we were in February, and where we are today. This can be seen also in the private nonfarm series: 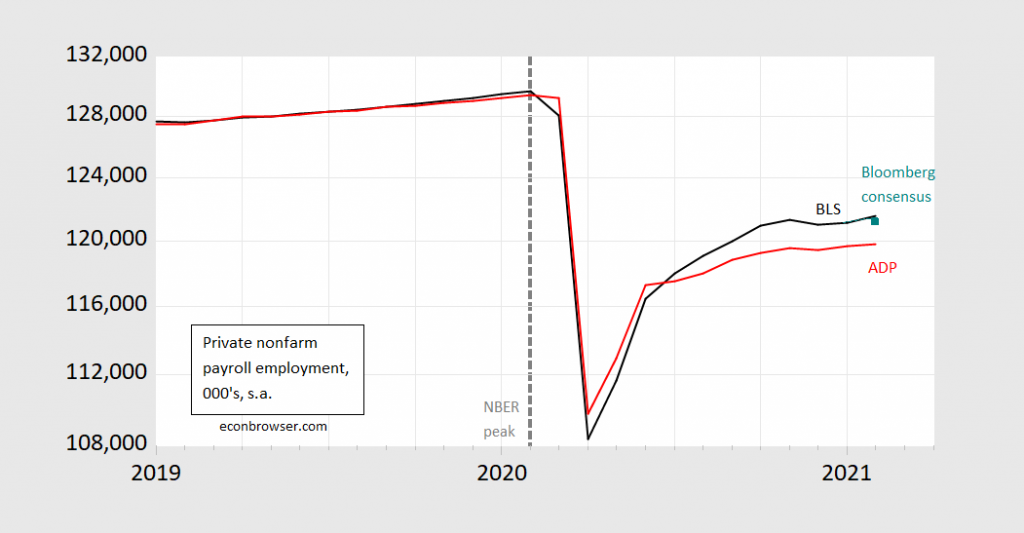 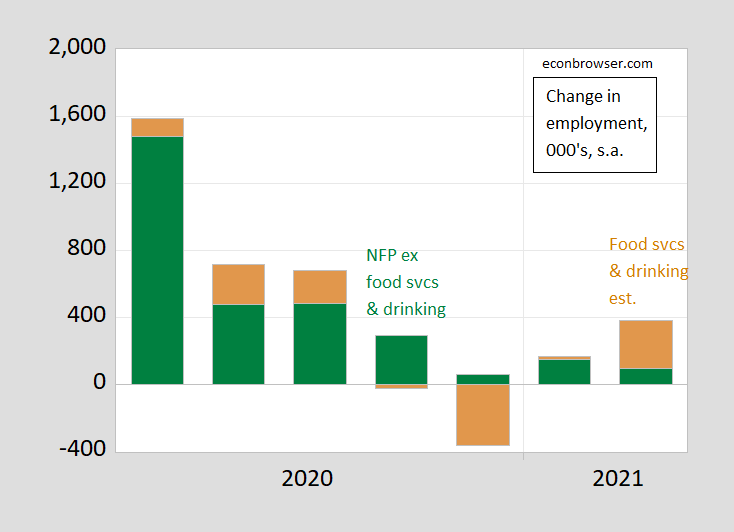 That being said, food services and drinking establishment employment is down 2 million (16.4%) relative to February 2020. In contrast, manufacturing is down only 0.56 million (4.4%). The two sector recovery (goods faster than high-contact services) persists.

As for the household survey numbers, don’t forget that the official unemployment rate figure (which dropped to 6.2%) is not particularly informative. See Furman and Powell for a discussion; their estimate of the true rate is around 8.2% for February.