There’s a rumored plan by Senators Romney and Sinema to raise the minimum wage to $11. Assuming the phase is four years (as in the proposed Cotton plan to raise to $10) starting in June 2021, the trajectory of the real minimum wage looks like: 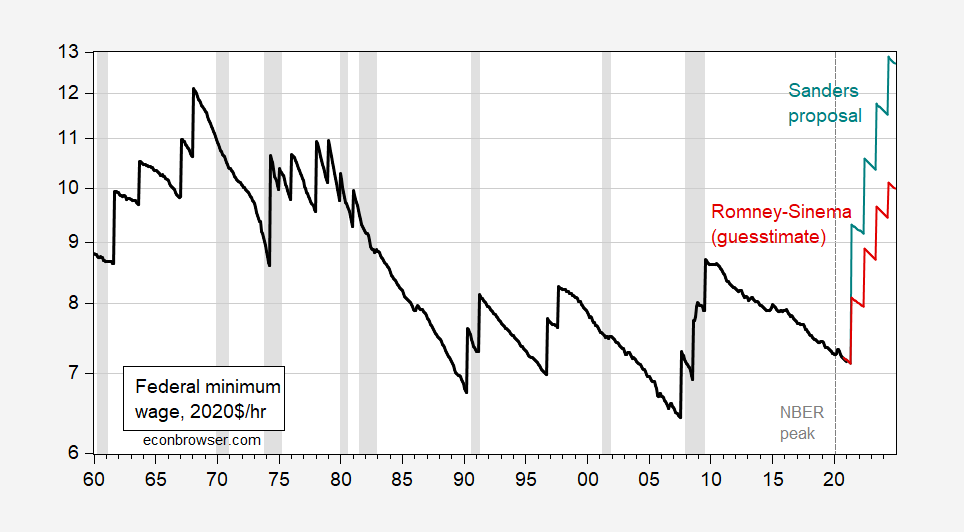 24 thoughts on “Another Minimum Wage Proposal”