The CPI came in slightly above Bloomberg consensus (2.6% vs 2.5%), and above the WSJ April survey consensus (shown below). 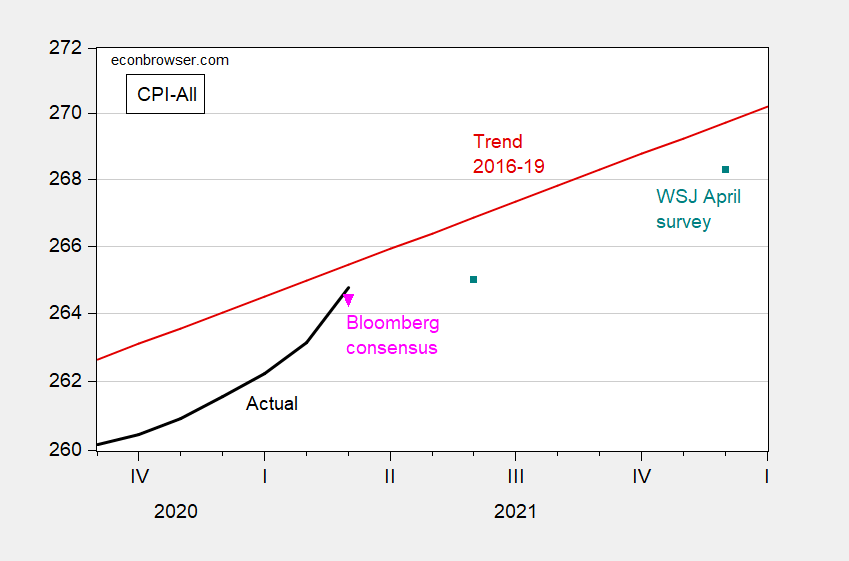 In other words, the March release is above the path implied by the WSJ survey that had only been taken a week or so earlier.

That being said, there is barely a blip in markets showing an increase in inflation expectations. 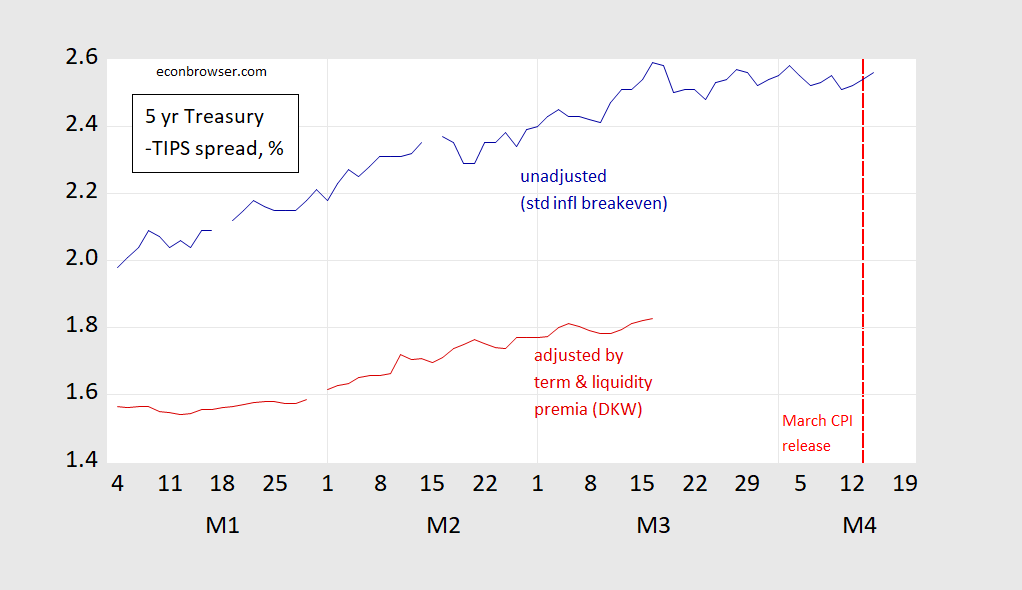 Inflation for March came in at 2.6%, and the most likely scenario is that inflation in the second half of this year will move below 2% again. That is also what the consensus expects.

But there is a 25% probability that we will see a substantial overshoot where inflation will be above 2.2% for the rest of 2021.