As of today, the five year constant maturity Treasury yield has stabilized for the last month at about 0.9%. The inflation breakeven implied by the spread between Treasurys and TIPS has plateaued at 2.52%. After accounting for the estimated term premium and liquidity premium, the implied inflation rate is 1.90% . 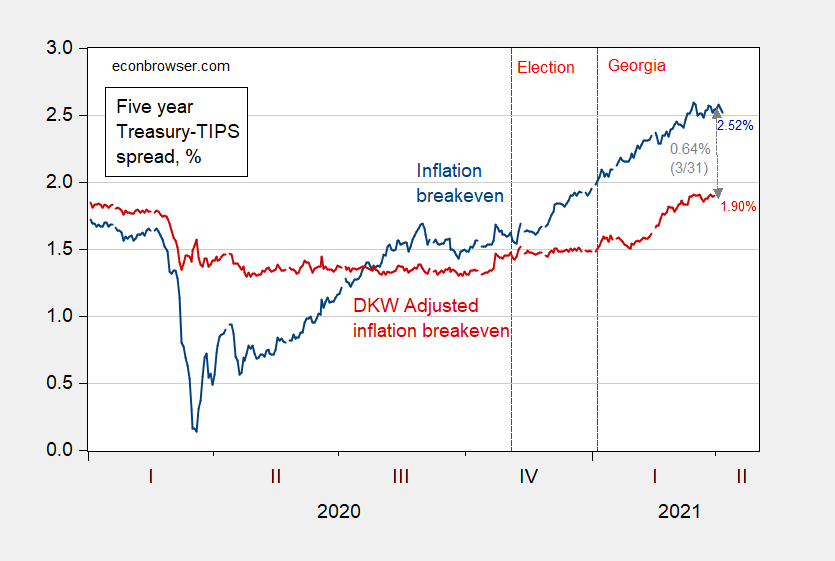 As of 3/31/2021, the unadjusted series is 0.64 percentage points higher than the adjusted. If the gap between the two premia has remained constant for the subsequent four business days (no reason that would be true), then expected inflation remains below 2%.

An interesting side point is that while the TIPS 5 year yield is at record low levels (-1.64% on 4/6), the expected average real interest rate over the next five years is about -1% — unchanged over the past year. 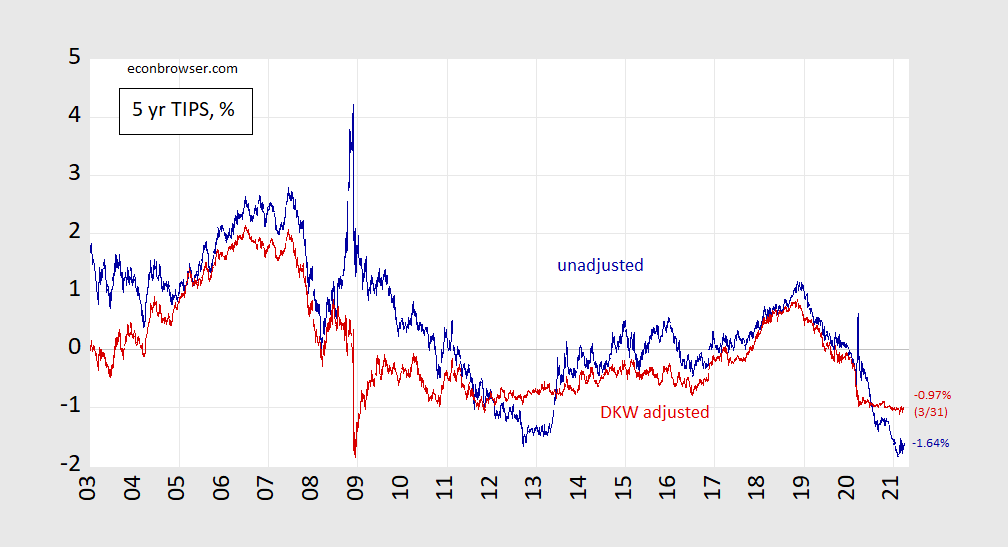