Monthly GDP figures were released by IHS-Markit yesterday, showing a rebound in March. In the context of key macro indicators followed by the NBER Business Cycle Dating Committee: 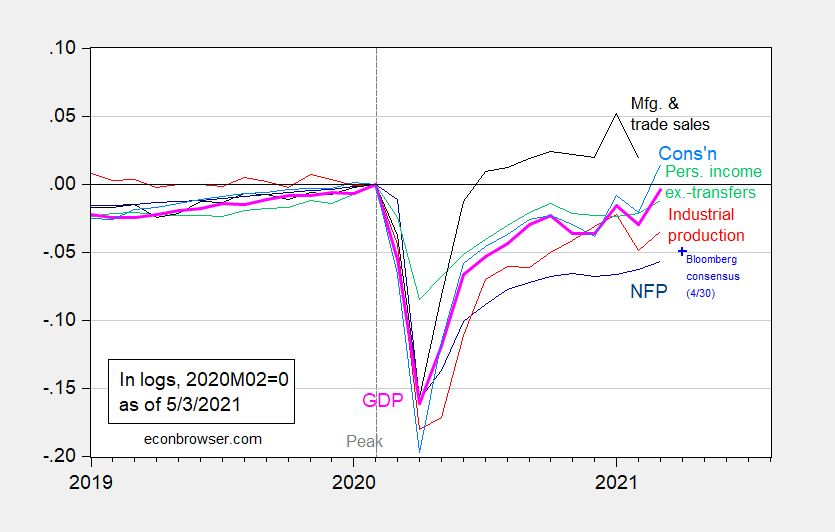 The monthly GDP is only slightly below peak levels recorded in 2020M02. For a comparison against the official (advance) figure (discussed by Jim last week) and the current IHS-Markit (formerly Macroeconomic Advisers) nowcast, see the below figure. 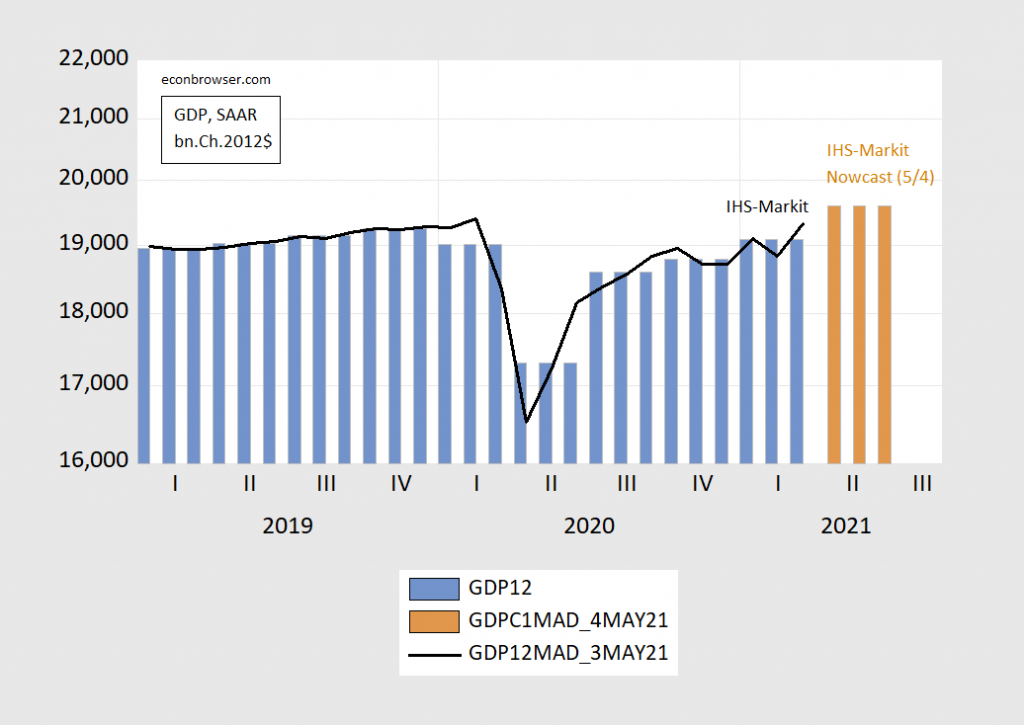 10 thoughts on “Business Cycle Indicators as of May 4th”