Using an incredibly powerful device called “the Google”, I have discovered new prototype data releases regarding the distributional aspects of real personal income.  Here are some figures depicting income accruing to select household income percentiles, contributions to income growth therefrom, and Gini coefficients. These figures are from this Working Paper entitled “Measuring Inequality in the National Accounts” (updated 2020). 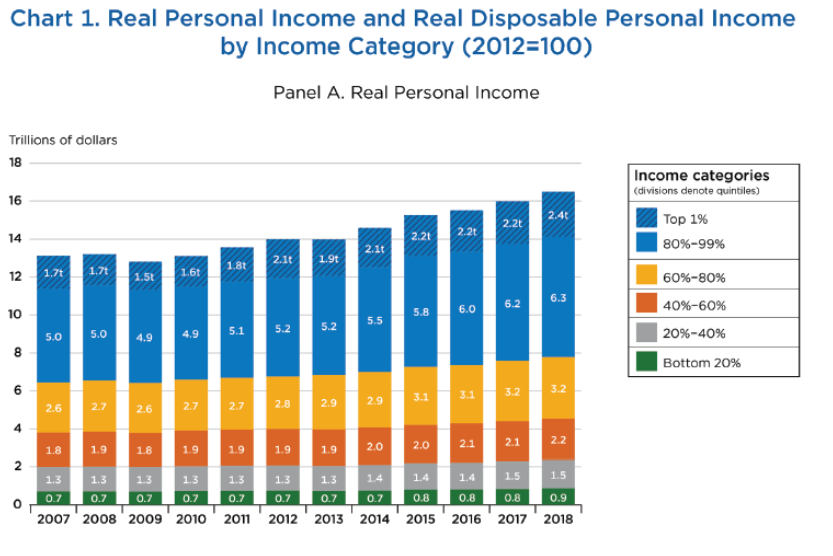 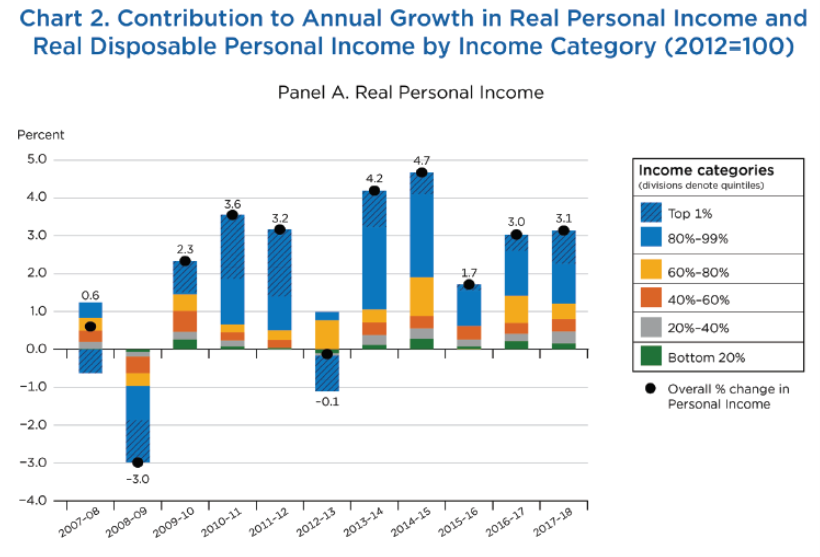 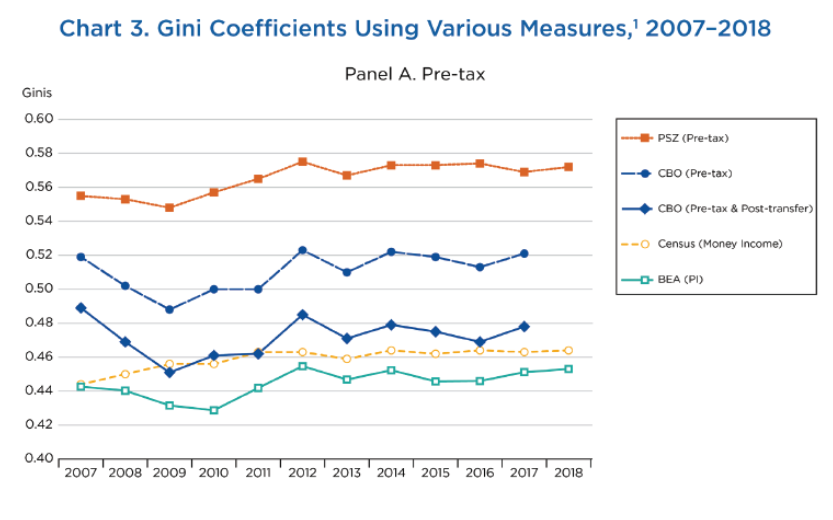 While some similar income statistics are available from the Census, these variables are constructed in a manner related to NIPA, so are useful for business cycle analysis. One could criticize the data as being at a relatively low frequency (annual). However, my guess is that reporting these series at higher frequency (e.g., quarterly) would entail such large amounts of interpolation and estimation that they would not be particularly useful.

The entire webpage on this subject is here. Technical details discussed here.