After adjustment for premia, constant over the last three months: 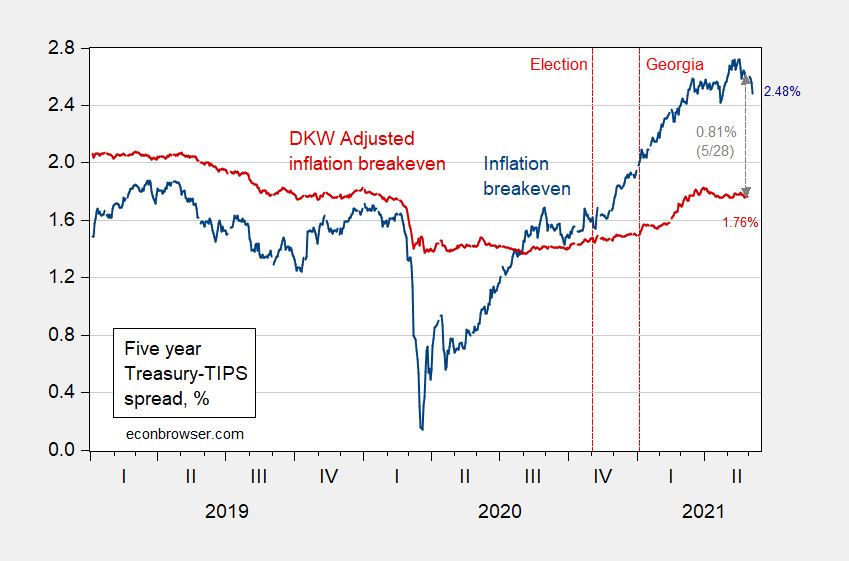