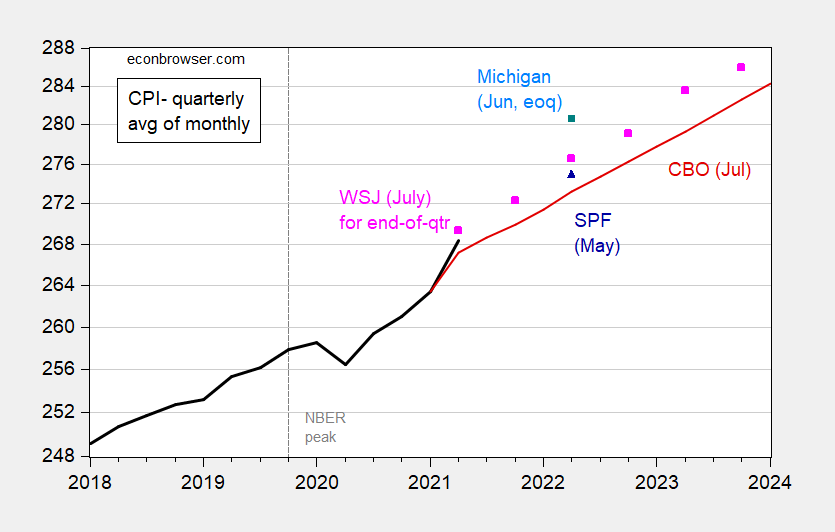 Note the actual CPI data and the CBO and SPF forecast are for quarter averages of monthly data, while the Michigan and Wall Street Journal forecasts are for end-of-quarter.

Showing these in comparable time series: 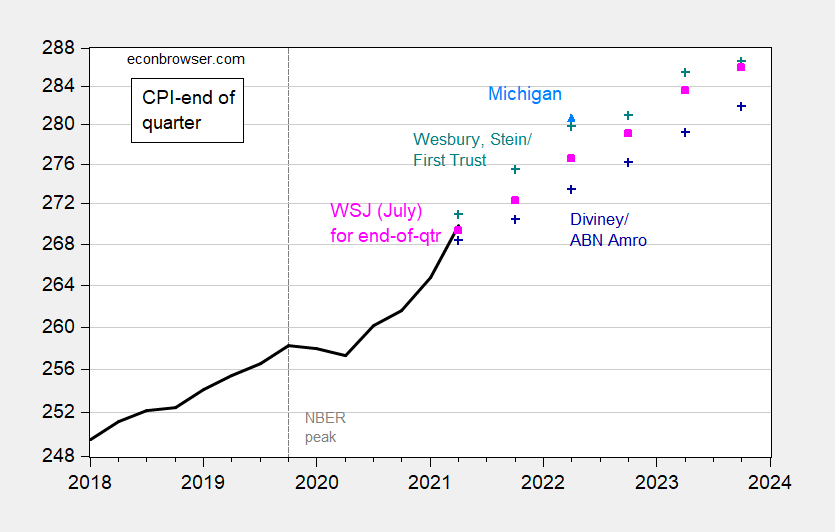 The forecasts imply a deceleration in inflation (the index is on a log scale, so a flattening of the slope implies a slowing of growth rate). There is a considerable spread in the expectations of price increase. At the 90% lower bound (for inflation over the next year) is Diviney/ABN Amro, while Wesbury and Stein at First Trust is at the top.

The Wall Street Journal article stresses the jump up in inflation expectations:

Americans should brace themselves for several years of higher inflation than they’ve seen in decades, according to economists who expect the robust post-pandemic economic recovery to fuel brisk price increases for a while.

Economists surveyed this month by The Wall Street Journal raised their forecasts of how high inflation would go and for how long, compared with their previous expectations in April.

Notice that the Michigan y/y inflation estimate (4% for June) implies a CPI level above the 90% upper bound for CPI from the professional forecasters. 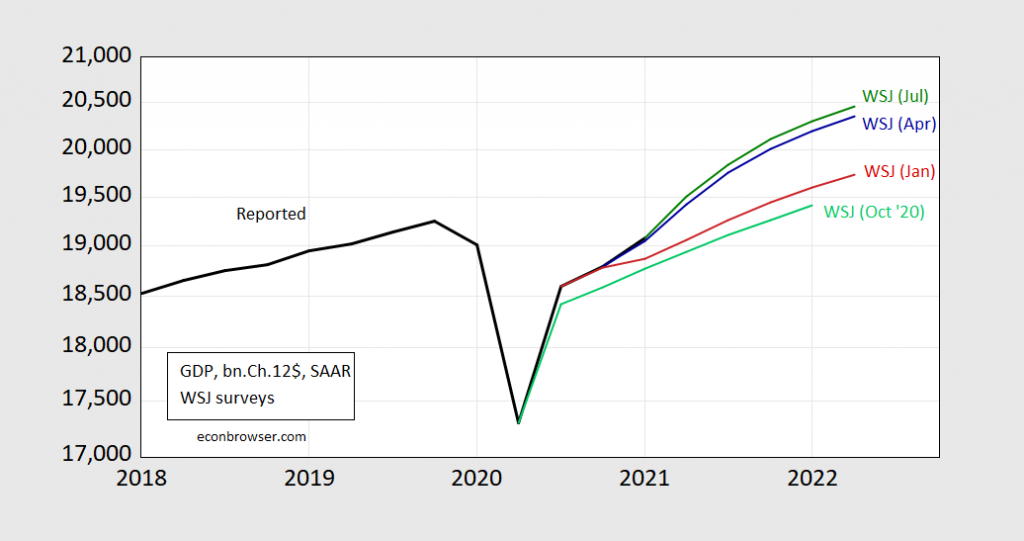 There’s a fairly wide dispersion of forecasts, particularly on the downside. That is, most respondents agree on rapid growth in the next quarter (Q2) and in the near future, but there’s a view that downside risks to growth remain. 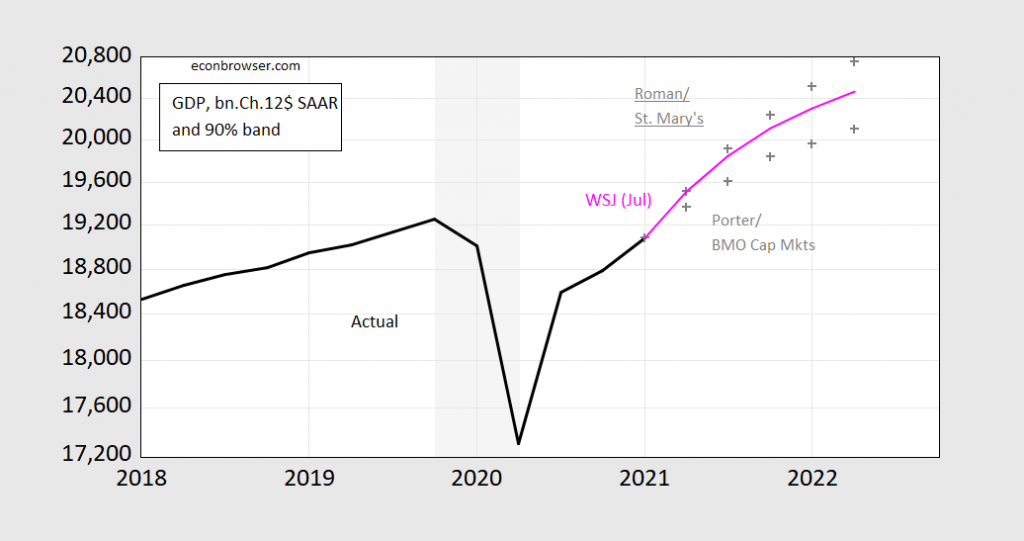 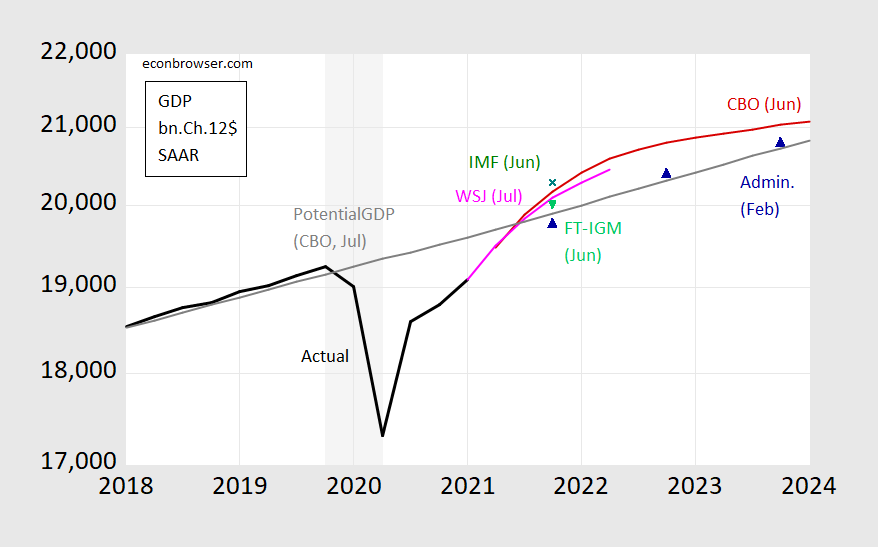 All of the forecasts save the Administration’s imply a small positive output gap (using the CBO estimate of potential) by year’s end.