A must watch documentary, even if you know the basic history: Frontline‘s “China’s Covid Secrets“. 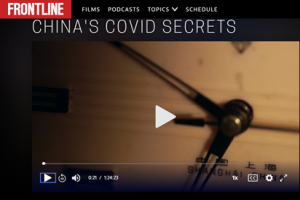 From CRS, a timeline:

Relatedly, the the DNI has released an unclassified summary of its investigation into the origins of SARS-CoV-2 / Covid-19.

23 thoughts on “China and the Initial Response to Covid-19”