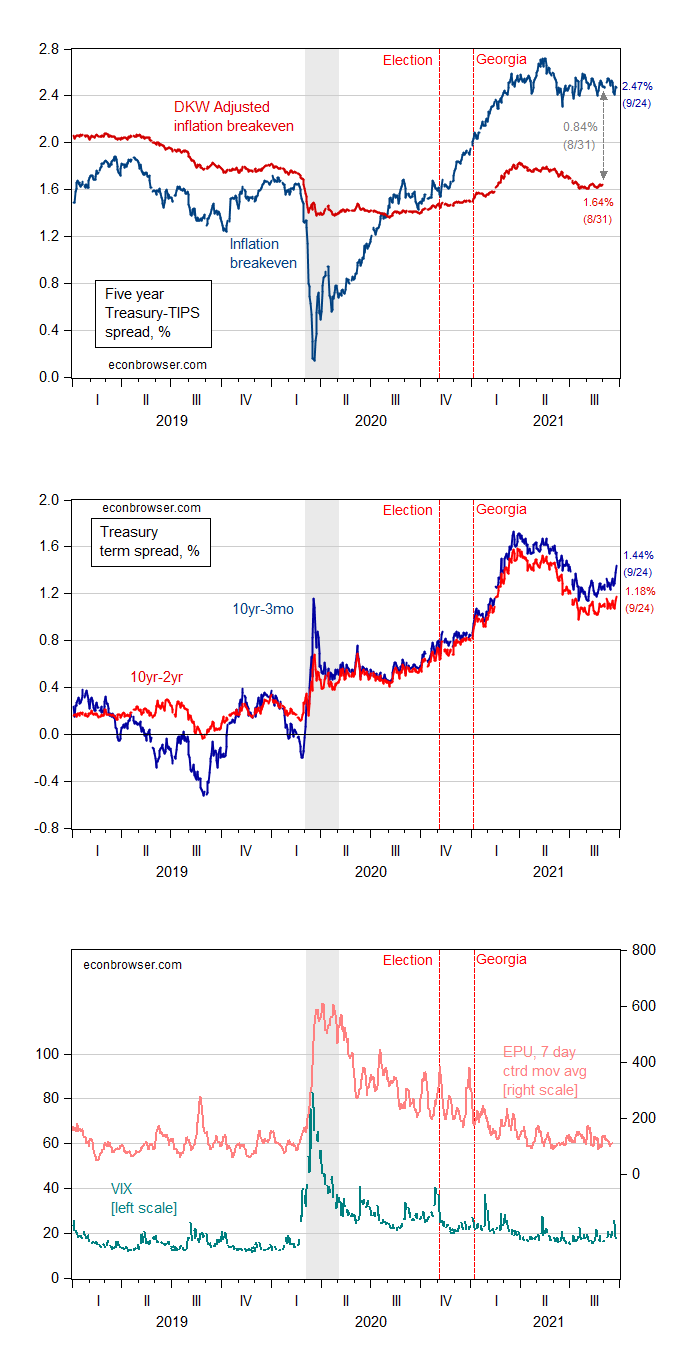 The top panel of Figure 1 shows that the standard breakeven for 5 year horizon has stabilized; the adjusted for inflation risk premium/liquidity premium indicator was also stable at end-August, indicating 1.18% inflation on average.

Expectations as proxied by term spreads suggest that growth trends bottomed out in mid-July, after peaking in mid-March. They’re now rising slightly over the last two weeks.

Finally, a market based measure of risk (the VIX) has is relatively quiescent. So too is the newspaper account based Baker-Bloom-Davis measure of policy uncertainty. This is true despite the rising political uncertainty regarding passage of the reconciliation and infrastructure bills, and more importantly, the raising of the debt ceiling. Credit spreads have also failed (so far) to evidence much reaction:

Notes: The ICE BofA High Yield Option-Adjusted Spreads (OASs) are the calculated spreads between a computed OAS index of investment grade bonds BB and below, and a spot Treasury curve.  Source: FRED, accessed 9/25/2021.

31 thoughts on “Market-Based Indicators of Inflation, Growth and Risk”