Bets on Democratic control of one or both houses of Congress now up to 63%. Big discrete move at the Dobbs decision, then gradual convergence to 50-50 on August 1st, starting in mid-July. 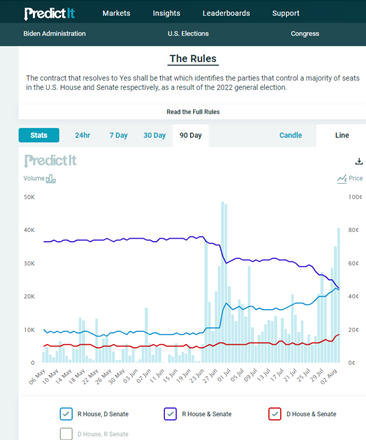