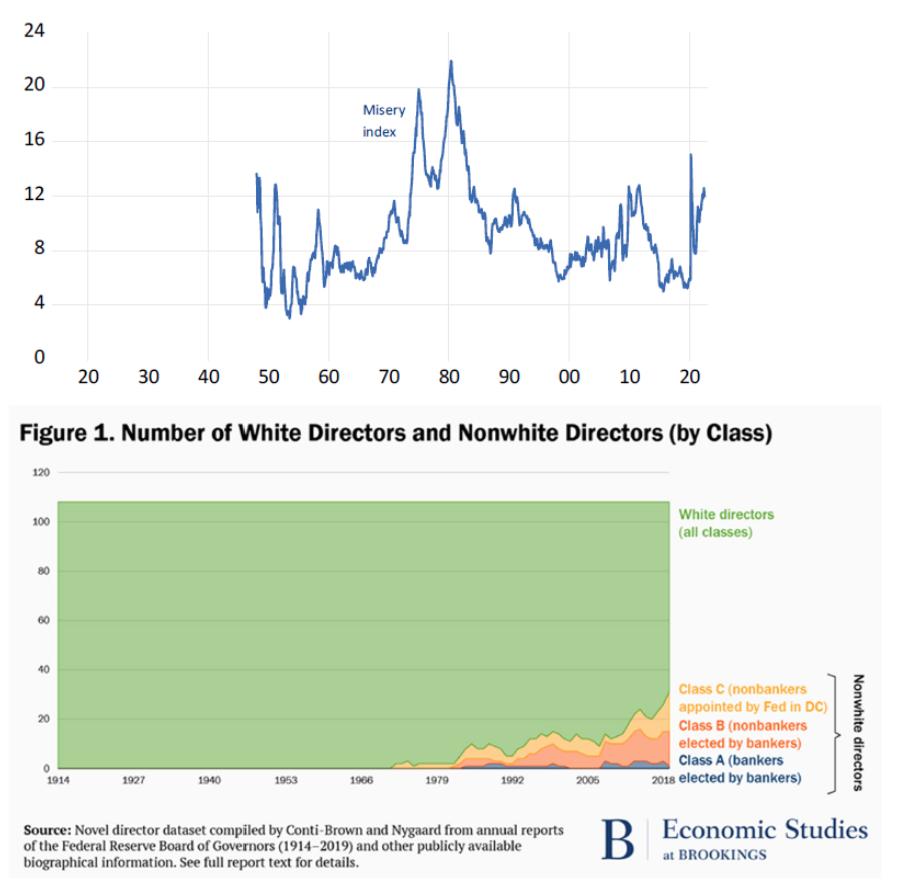 In the “good ol’ days”, one can see no racial diversity in the Fed system. Lest one think all was hunky-dory from 1914-1971 (the first nonwhite director is appointed in 1972), here’s a plot of the misery index, using data from the NBER’s Macrohistory Database (via FRED). 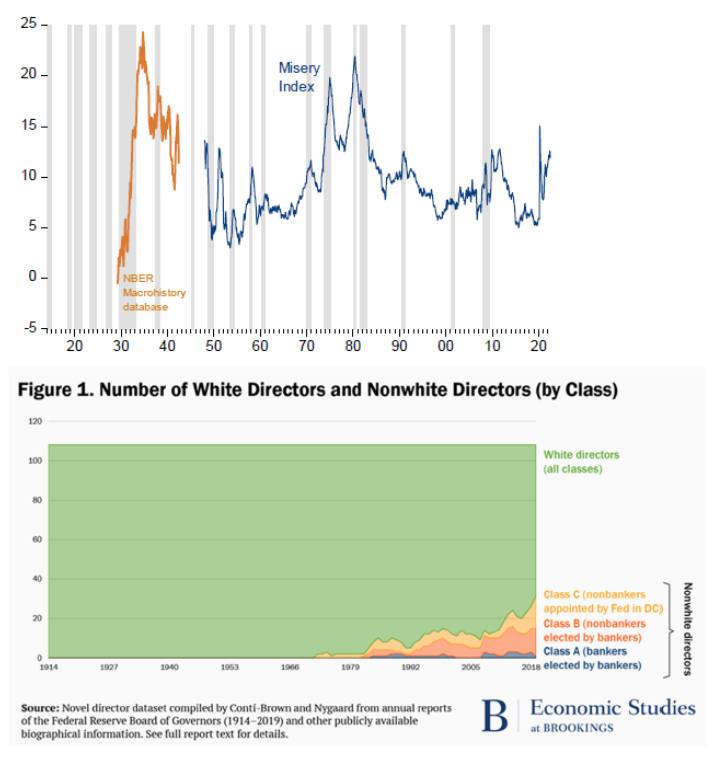 The misery index was higher during the period for which we had data, during that purportedly golden age. For the period during which we don’t have data, we know that recessions were much more frequent.

Hence, I think the argument that increasing racial, gender, or gender-orientation diversity is the cause of the current challenges in macroeconomic conditions is devoid of any intellectual content. This is self-evident, but I thought it would be useful to document these correlations — until such time as somebody explains how increasing diversity along several socio-economic dimensions has damaged the conduct of economic policymaking.

[Note: I have never been an employee of the Federal Reserve Board or System; I have been a visiting scholar at the Board and SF Fed, but not within the past 20 years.]