Official vs. effective, real vs. nominal, bilateral vs. multilateral.

First, let’s the nominal as compared to the inflation adjusted. 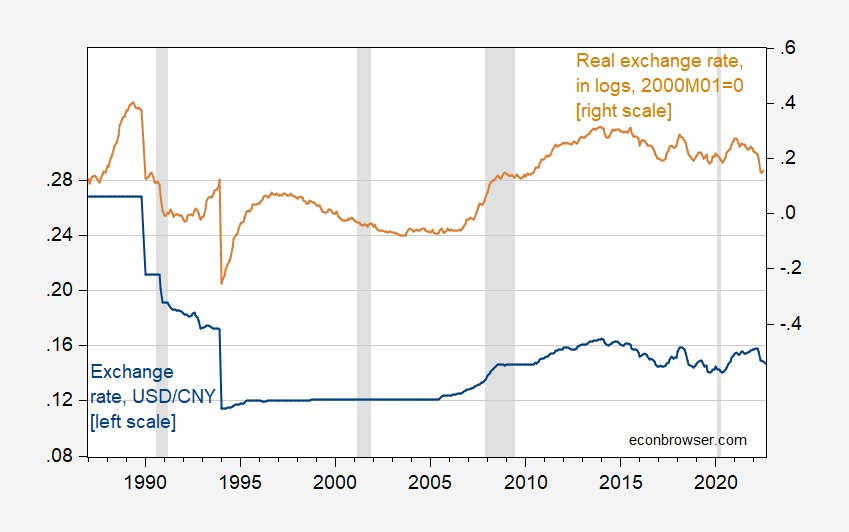 Second, let’s consider the difference between the official exchange rate, and the rate that transactions are conducted at. In advanced economies, they are typically the same; not so for many developing countries. In China this distinction becomes important insofar as the observed “mega-devaluation” in 1994 was in some ways an artifact of using the official exchange rate. Fernald, Edison and Loungani (1999) note that many transactions were conducted through swap centers. Using their series yields a less dramatic drop in 1994. 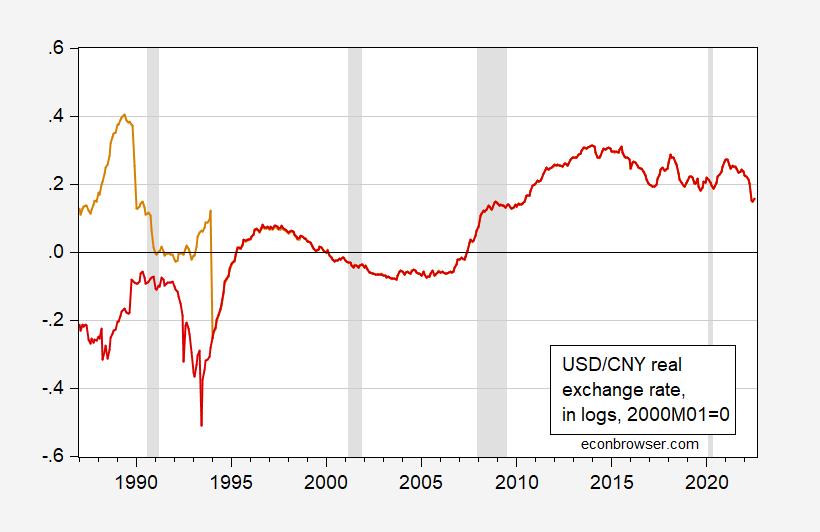 Two aspects are of interest here. First, the trend CNY appreciation using the official rate is essentially zero. However, using the swap center adjusted rate, the CNY has been appreciating about 1% per annum over this period (estimated using first differences).

Third, and particularly relevant now (see Sobel, 2022), the bilateral and real exchange rates can differ substantially in terms of direction. 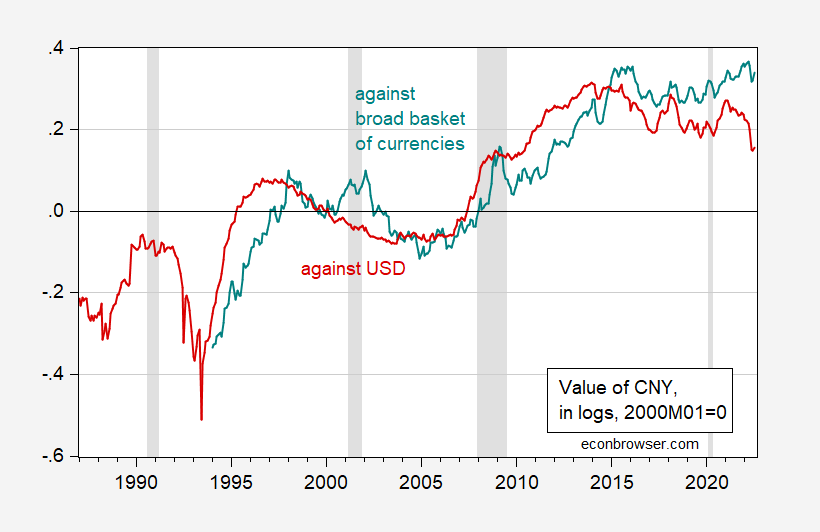 What becomes clear is that the recent depreciation of the CNY is really a depreciation against the dollar. Once one takes a trade-weighted view, the CNY is about at the same (inflation-adjusted) level it was in 2015.

As for whether the CNY is misaligned, there are numerous ways of answering this question. The most appropriate depends on the economic model used, the data being used, and the statistical characteristics of that data. For more, see Cheung, Chinn, and Fujii (JIMF, 2007). Using  PPP and monetary models, Chinn (2000) evaluated exchange rates other than the Chinese on the eve of the 1997 currency crises.