The recession is (probably) not here yet (nor was it likely here earlier this year), employment likely continued to grow, and real wages are on average higher than they were before the pandemic. First, key business cycle indicators followed by the NBER BCDC continue uptrend in October, with exception of the civilian employment series based on the household series. 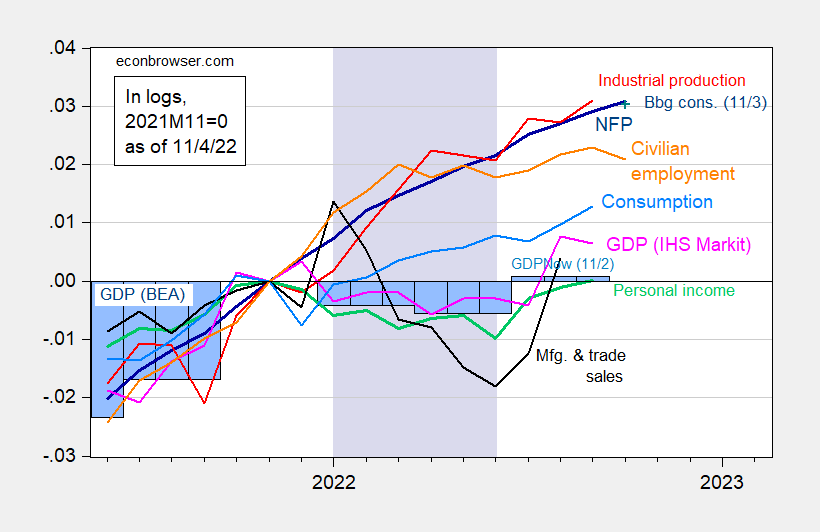 Note that the NBER BCDC places primary emphasis on employment and personal income (and not necessarily GDP).

What about employment? Recall, the nonfarm payroll series is usually considered much more informative regarding the business cycle than the civilian employment series, and is less variable. However, the establishment series is also subject to sometimes substantial annual revisions, as more tax information comes in (e.g., from the Quarterly Census of Employment and Wages, QCEW). I have calculated the series implied from the preliminary benchmark revision (which applies to March 2022 data), and plotted it, alongside the official series, and the household series adjusted to conform to the nonfarm payroll concept. 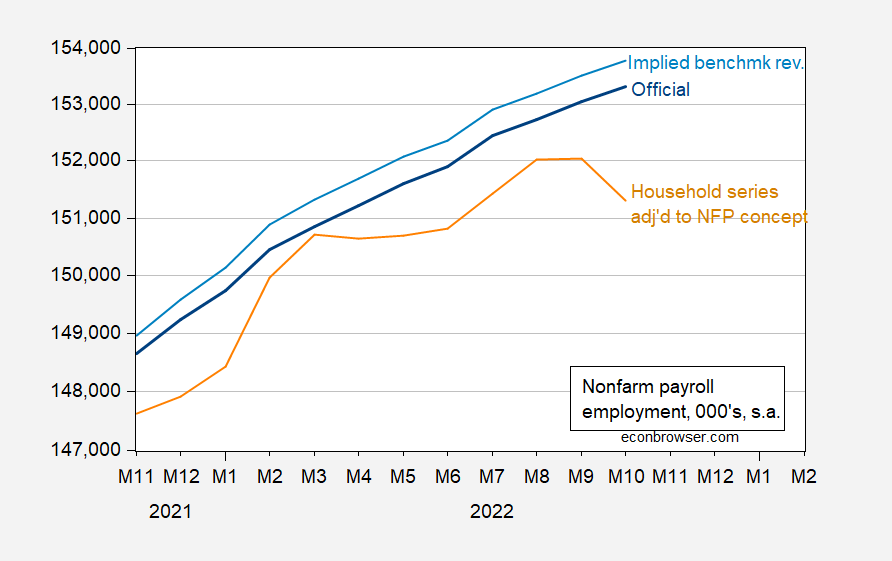 Notice the continuously upward trajectory in the establishment series. While the household series flatten in the 2022H1, in the aggregate and adjusted to the NFP concept, the 2022M06 value is higher than the 2022M01 value. These observations suggest no recession in 2022H1, nor an ongoing recession (although — informally — a decline in the household series does seem to better presage a recessions with greater lead time than the establishment series).

There has been much commentary on the decrease in real wages over the past year. Figure 3 illustrates the decline in the CPI adjusted wage for nonsupervisory jobs in the private sector. 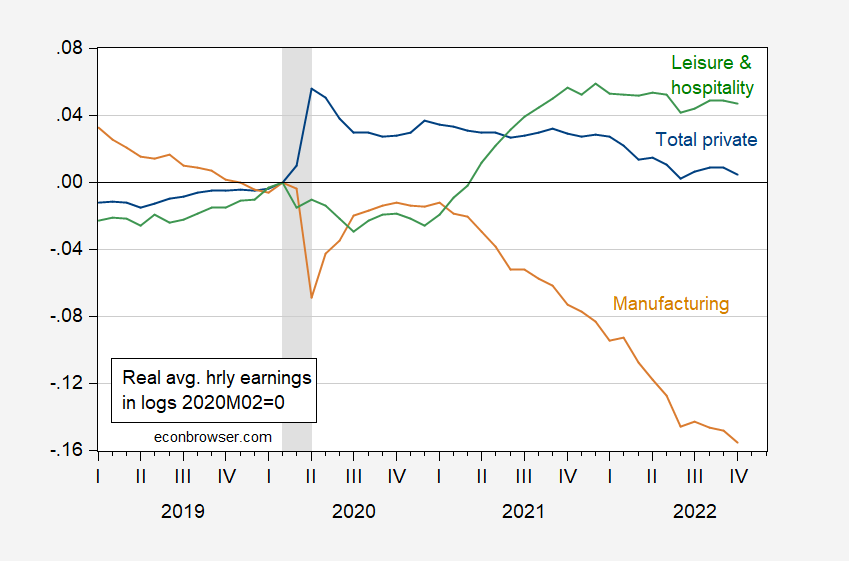 Notice that real average hourly earnings for leisure and hospitality workers have increased — and remained high — relative to pre-pandemic levels. Those interested in the equity aspects of the restructuring of the labor markets should take note. On the other hand, manufacturing has decreased nearly 16% relative to pre-pandemic levels. Presumably, some of this is driven by the strong dollar.

43 thoughts on “Messages from the Labor Market Release”