From Deutsche Bank, “Fighting the Clock,” Fixed Income (May 2012) [not online], some estimates of changes in structural balances, multipliers, and output impacts: 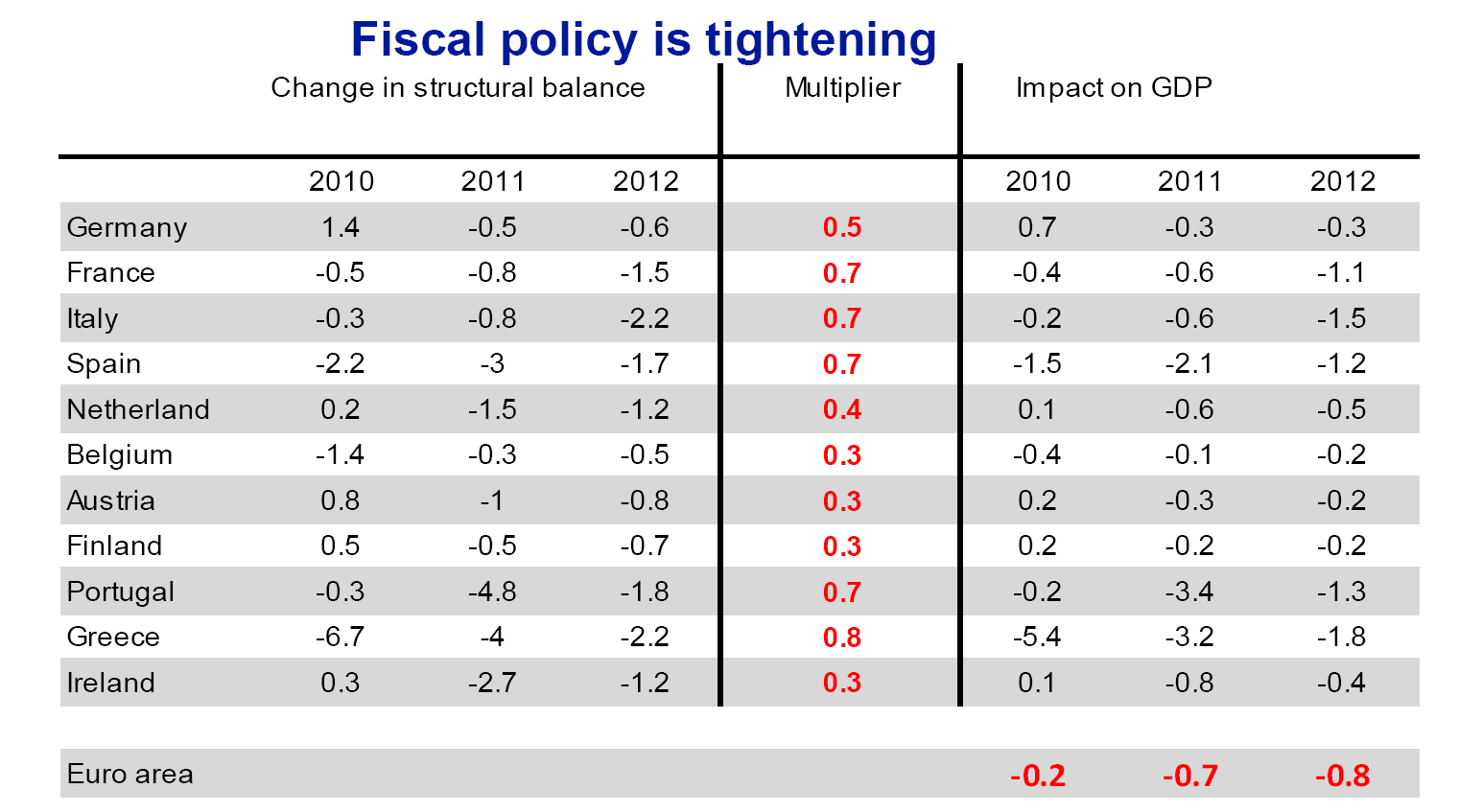 Note: a negative sign under “change in structural balance” indicates an increase in the surplus.

This paper studies how the effects of government spending vary with the economic
environment. Using a panel of OECD countries, we identify fiscal shocks as residuals
from an estimated spending rule and trace their macroeconomic impact under different
conditions regarding the exchange rate regime, public indebtedness, and health of the
financial system. The unconditional responses to a positive spending shock broadly
confirm earlier findings. However, conditional responses differ systematically across
exchange rate regimes, as real appreciation and external deficits occur mainly under
currency pegs. We also find output and consumption multipliers to be unusually high
during times of financial crisis.

The findings in this paper suggest that fiscal contraction will be particularly contractionary in the current-day eurozone. They also indicate that if policymakers come to their senses abandon the current approach of trying to stabilize via austerity, and instead aim for stimulus with back-loaded fiscal retrenchment, the ongoing recession could be mitigated.