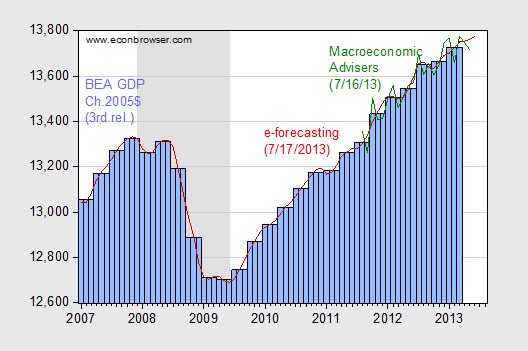 
Three quarters of the MA estimated 0.6% growth in Q2 June is associated with personal consumption expenditures and net exports. What is the impact of reductions in government outlays and increases in receipts? CBO reports monthly data on the Federal series. In its June 2013 Monthly Budget Review, it’s noted that through the first nine months of the fiscal year, the deficit is $392 billion smaller than the corresponding time period in FY 2012. In principle, one would want to know what happened to the structural budget deficit, but this number is still informative.

In fact, the Federal government ran a surplus in June 2013; adjusting for timing, the June 2013 balance was $102 billion less than recorded in June 2012. Of this, $75 billion was accounted for by reduced outlays. 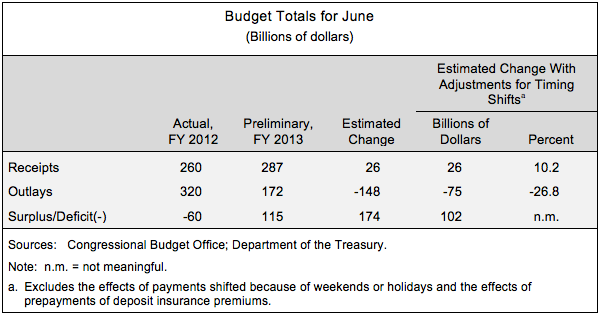 
For the first three quarters of FY2012, big contributors to the decline in outlays are defense and unemployment insurance. Note these numbers are not at annual rates (AR). 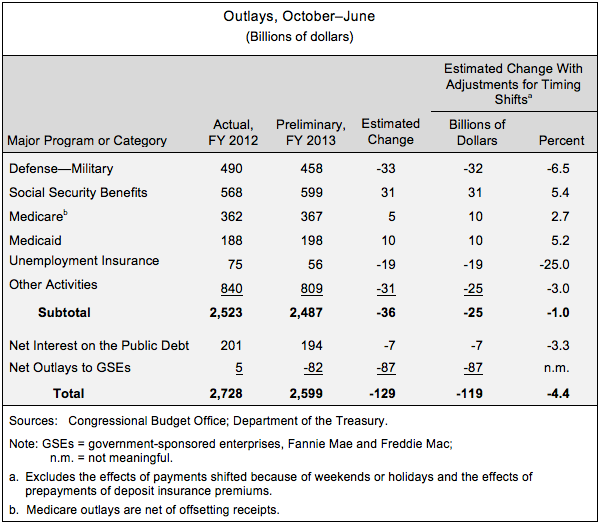 
Both types of spending should have relatively large multipliers: the first because defense is largely devoted to expenditures on goods and services, the second because the marginal propensity to consume of households receiving UI payments is likely to be close to unity. CBO estimates are presented below: 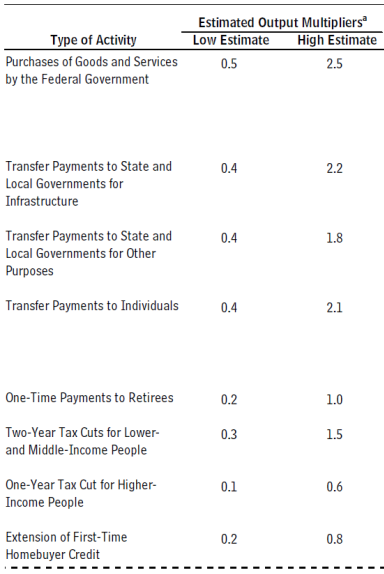 
In other words, no time for either contractionary fiscal or monetary policy.

Side note: These numbers indicate that for the first three quarters of FY2013, nominal Federal spending is decreasing, contra W.C. Varones (who hangs on to his innumeracy proudly) and Ricardo/RicardoZ/DickF/Dick.