Philadelphia Fed revised coincident indices released today show the cumulative Minnesota-Wisconsin gap (since January 2011) has grown to 2.3% (as of February, in log terms). 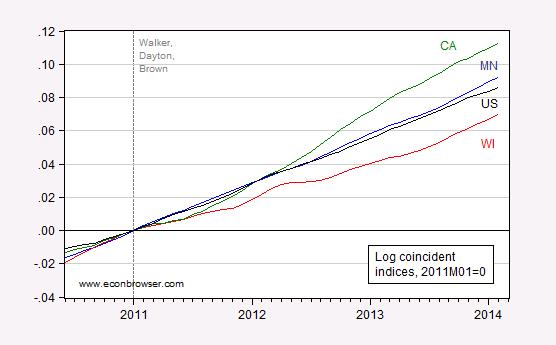 Data regarding Wisconsin’s lagging performance on nonfarm payroll employment, in this post. 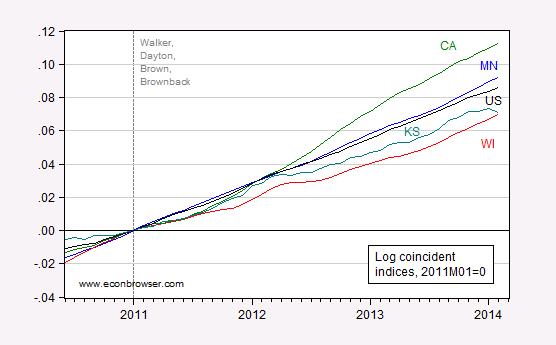 Dilbert dogbert refers the reader to this CBPP article:

Tax cuts enacted in Kansas in 2012 were among the largest ever enacted by any state, and have since been held up by tax-cut proponents in other states as a model worth replicating. In truth, Kansas is a cautionary tale, not a model. As other states recover from the recent recession and turn toward the future, Kansas’ huge tax cuts have left that state’s schools and other public services stuck in the recession, and declining further — a serious threat to the state’s long-term economic vitality. Meanwhile, promises of immediate economic improvement have utterly failed to materialize.