Here’s the introduction to a new paper I just finished:

This year the oil industry celebrated its 155th birthday, continuing a rich history of booms, busts and dramatic technological changes. Many old hands in the oil patch may view recent developments as a continuation of the same old story, wondering if the high prices of the last decade will prove to be another transient cycle with which technological advances will again eventually catch up. But there have been some dramatic changes over the last decade that could mark a major turning point in the history of the world’s use of this key energy source. In this article I review five of the ways in which the world of energy may have changed forever.

Below I provide a summary of the paper’s five main conclusions along with a few of the figures from the paper.

1. World oil demand is now driven by the emerging economies. 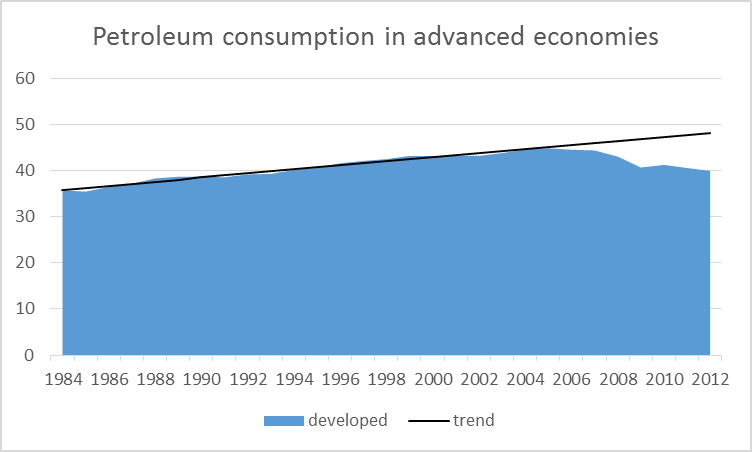 2. Growth in production since 2005 has come from lower-quality hydrocarbons. 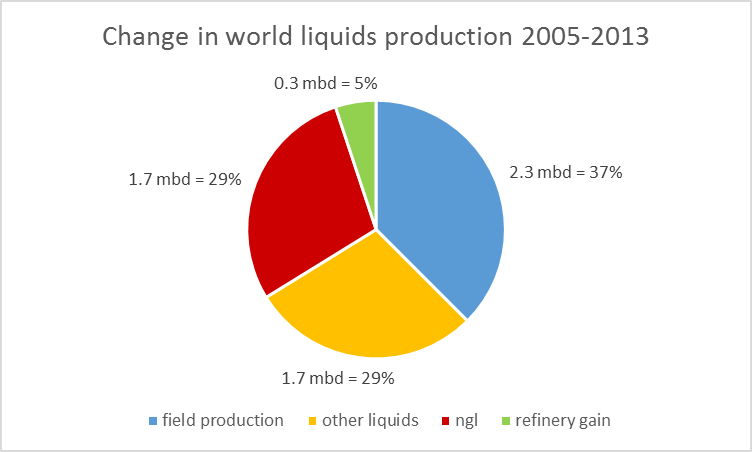 Amount of increase total liquids production between 2005 and 2013 that is accounted for by various components. Data source: EIA. Figure taken from Hamilton (2014). 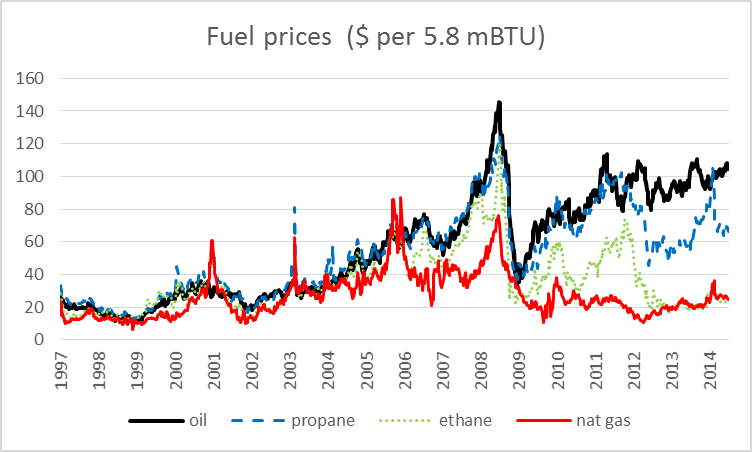 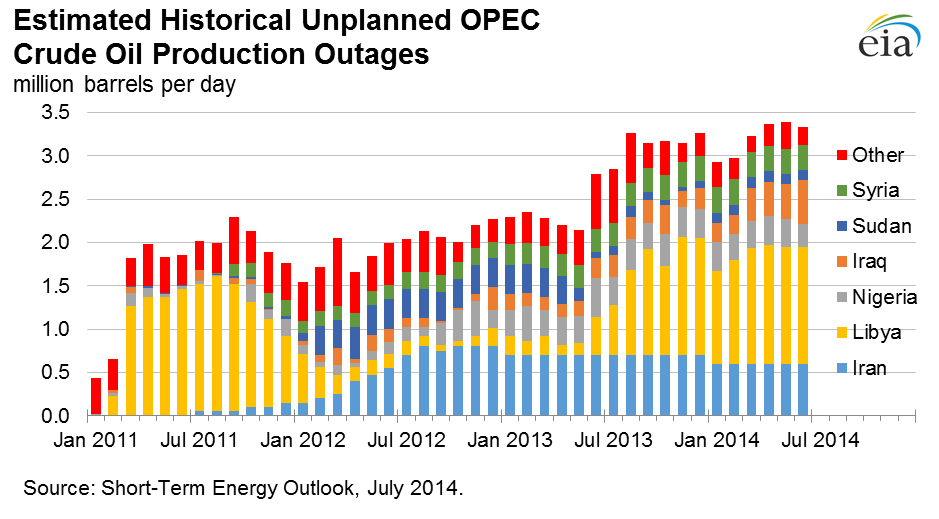 5. Geological limitations are another reason that world oil production stagnated. 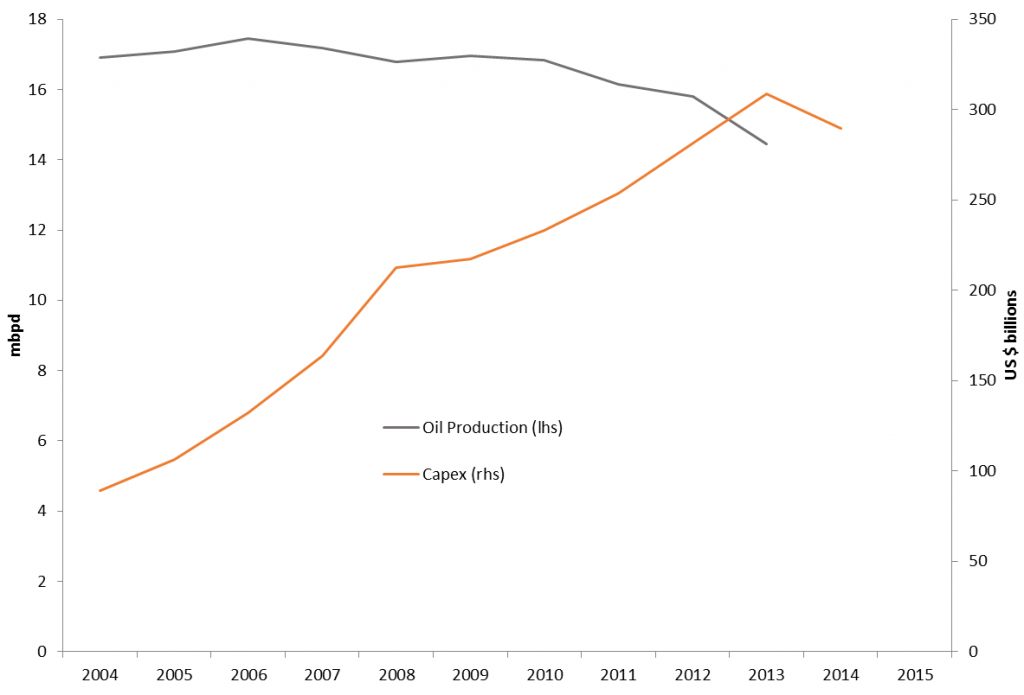 And here is the paper’s conclusion:

Although the oil industry has a long history of temporary booms followed by busts, I do not expect the current episode to end as one more chapter in that familiar story. The run-up of oil prices over the last decade resulted from strong growth of demand from emerging economies confronting limited physical potential to increase production from conventional sources. Certainly a change in those fundamentals could shift the equation dramatically. If China were to face a financial crisis, or if peace and stability were suddenly to break out in the Middle East and North Africa, a sharp drop in oil prices would be expected. But even if such events were to occur, the emerging economies would surely subsequently resume their growth, in which case any gains in production from Libya or Iraq would only buy a few more years. If the oil industry does experience another price cycle arising from such developments, any collapse in oil prices would be short-lived.

My conclusion is that hundred-dollar oil is here to stay.

157 thoughts on “The Changing Face of World Oil Markets”