The Walker Administration’s Economic Outlook forecasts private employment in January 2015 will be 115 thousand below the goal set forth by Governor Walker in August 2013. Wisconsin nonfarm payroll employment will not reattain prior peak levels until 2015Q2.

Figure 1 depicts how far employment is lagging Walker’s pledge, even by the Administration’s forecast. 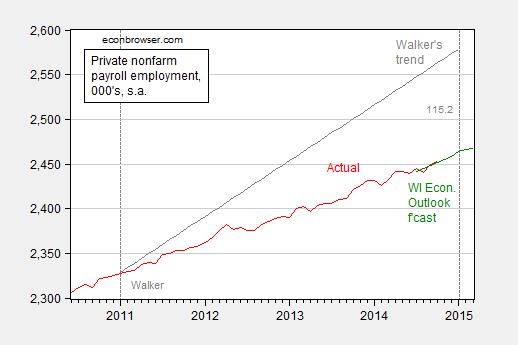 The Wisconsin Economic Outlook also details the fact that nonfarm payroll employment growth will decelerate, not exceeding the 2008Q1 peak (the forecast is on a quarterly basis) until 2015Q2. Figure 2 compares US (and Minnesota) performance against Wisconsin’s; all employment series are normalized to 2008Q1. 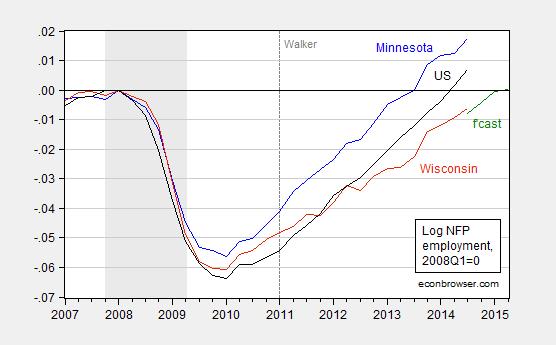 22 thoughts on “Some Observations on the Wisconsin Employment Outlook”