Regarding the implications of optimal currency area theory and Scottish independence, Reader Patrick Sullivan continues his reign of error, trying to argue that Canada did just fine, just like a bank crisis-free Scotland in a currency union would:

Canada didn’t have a central bank until sometime in the 1930s, and had a less severe depression than the USA.

Well, with a little help from Louis Johnston, (who knows economic history much better than I), I generate the following plot: 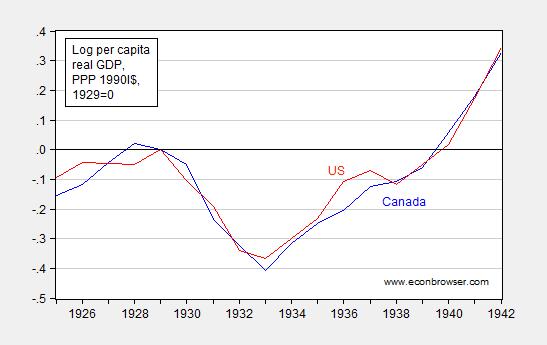 So, I think Scotland should consider very carefully independence conjoined with monetary union with England.

35 thoughts on ““Facts are Stupid Things””