Global temperatures in 2014, that is. 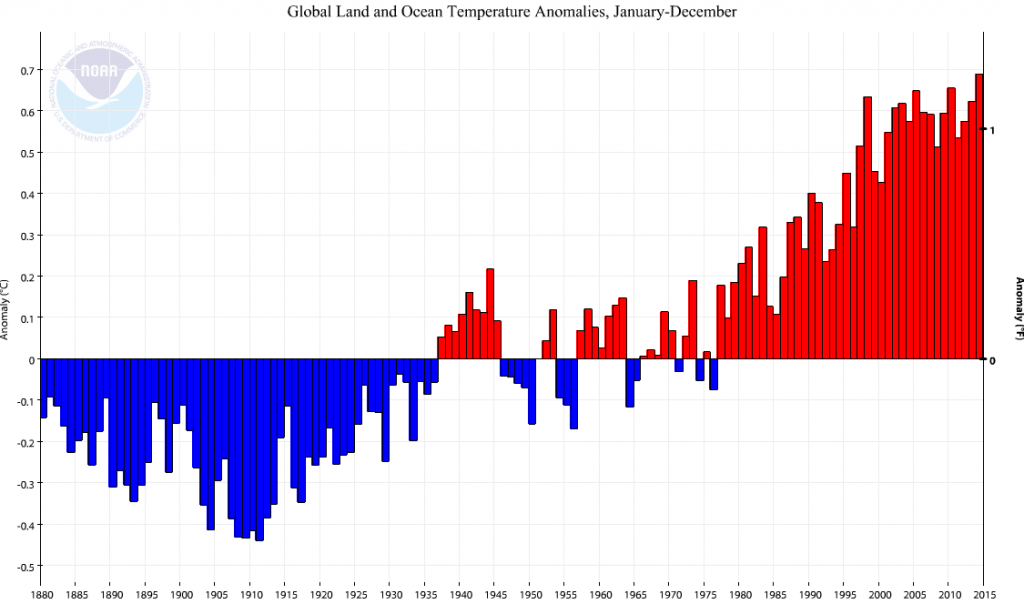 Update, 1/17, 12:45PM Pacific: Since Rick Stryker has asked for statistical significance, but is apparently unable to do statistical testing on his/her own, I will spend some time walking through a quick check.

In my book, that’s enough to reject the null zero-trend hypothesis.

But then, again, Rick Stryker believes 500,000 jobs/month is a typical job creation rate in a recovery!!!! Not true even when one normalizes for labor force, as discussed here. Here’s the rule: When Rick writes, prepare to laugh, and laugh and laugh!!!

Update, 6:45PM: Here is an animation, from that crazy publication, Bloomberg.

142 thoughts on “Hottest on Record”