The JEC Chair Brady (R) writes: “While the unemployment rate has fallen it doesn’t tell the true story about stagnant paychecks and Americans struggling to find full-time work.” He then calls for passage of Keystone-XL as part of the remedy. 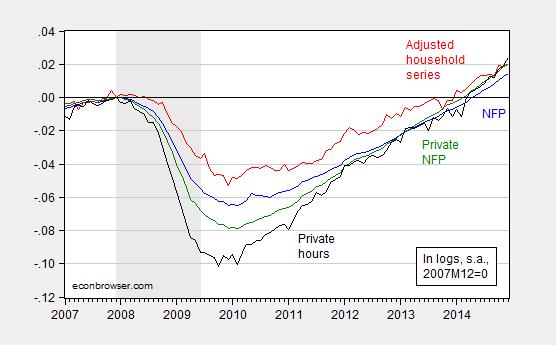 Figure 2 shows that each month’s estimate has been revised upward since June. 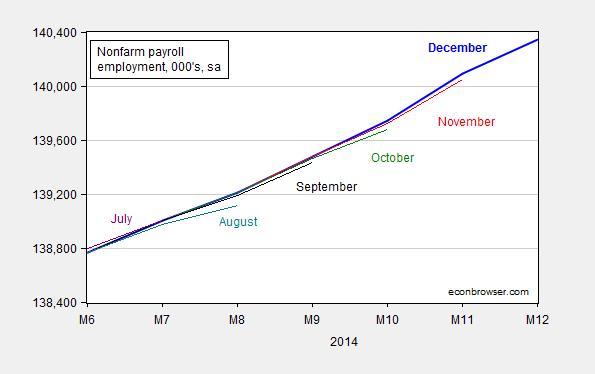 A major them of the articles covering the release have focused on wages, highlighting the negative growth in the last month. It’s useful to remember that real wages matter as well. Here the trend is more ambiguous. 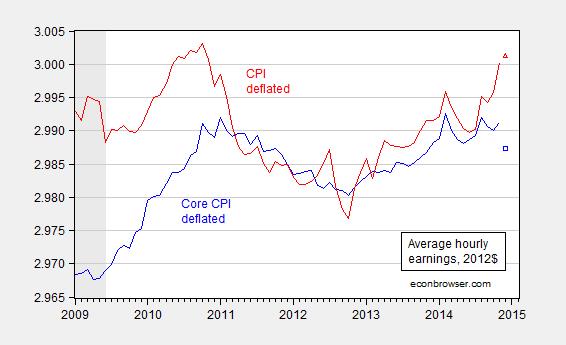 12 thoughts on “The December Employment Release”