Senator Rand Paul (R-KY) has gathered significant bipartisan support for the Federal Reserve Transparency Act of 2015, his proposal for more audits of the Fed. I’ve been trying to understand why any sensible person would think this is a good idea.

Jim Guest says the bill would serve Americans’ “right to know where their tax dollars are going.” Perhaps he meant to say Americans’ right to know where the Treasury’s revenues are coming from rather than where tax dollars are going. The Federal Reserve’s net contributions to the U.S. Treasury have averaged +$83 billion per year since 2009. Last year’s federal deficit would have been almost $100 billion bigger if it had not been for the net positive revenue contributions from the Fed. 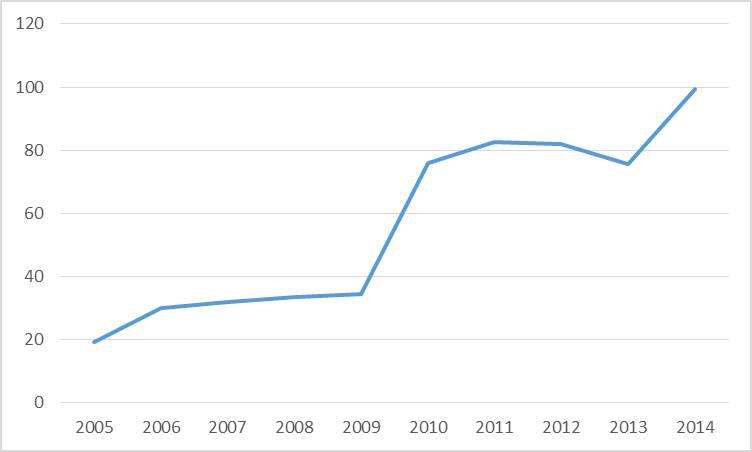 John Tate thinks the bill would help address “the silent, destructive tax of monetary inflation.” But inflation as measured by the consumer price index has averaged under 1.8% over the last decade. That’s the lowest it’s been since the 1960s. 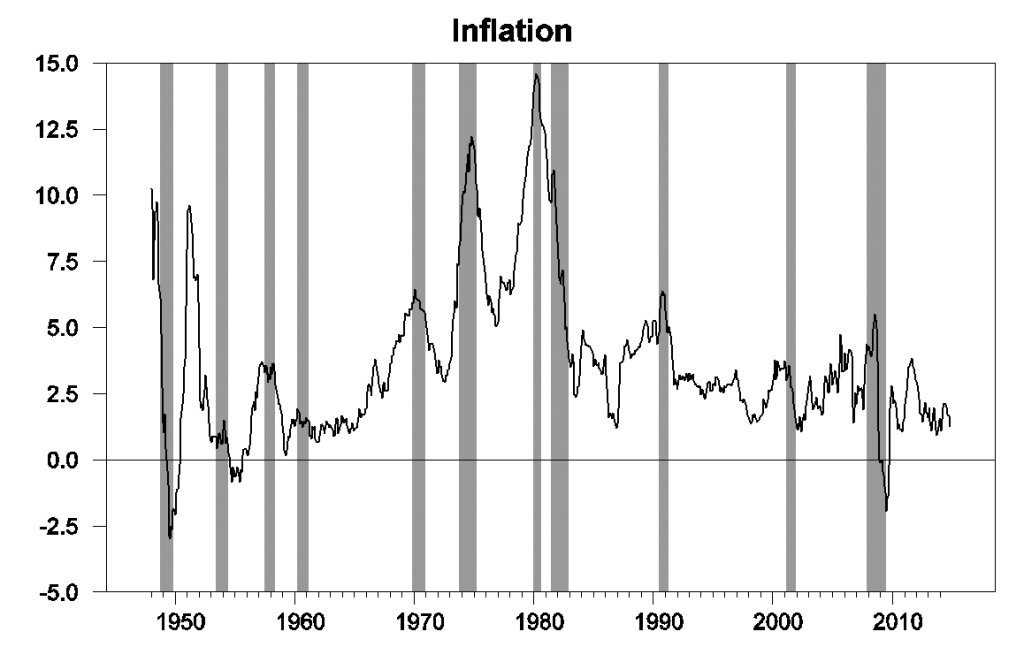 Of course, many of the same people who favor Senator Paul’s bill distrust government-collected inflation data like the CPI. So suppose you look at the private Billion Prices Project, which mechanically collects a huge number of prices each day off the internet. According to BPP, inflation over the last year has been if anything lower than the official numbers. 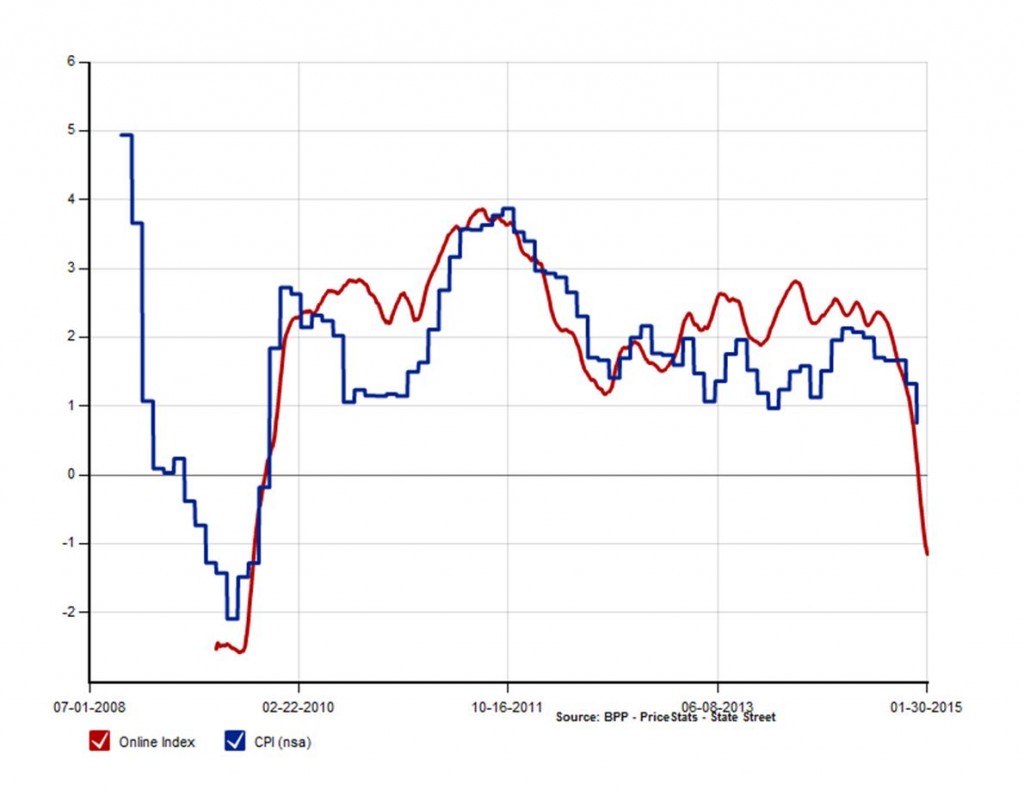 Others may take the view that more transparency in and of itself is a good thing. But the Fed is already audited; you can read the audit yourself here. You can examine the Fed’s assets directly down to the level of CUSIP, if you like. Here at Econbrowser we’ve been reporting detailed graphs of the Fed’s assets and liabilities for years using publicly available sources like the weekly H41 statistical release. Cecchetti and Schoenholtz note this conclusion from Richard Fisher, president of the Federal Reserve Bank of Dallas and one of the FOMC’s outspoken critics of quantitative easing:

We are– I’ll be blunt– audited out the wazoo. Every Federal Reserve Bank has a private auditor. We have our auditor of the system. We have our own inspector general. We are audited. What he’s talking about is politicizing monetary policy.

In 2009, Congress changed the law to allow GAO audits of loans made by the Fed to a single company, such as Bear Stearns or Citigroup, but only when the Fed invoked Section 13(3) of the Federal Reserve Act. (That’s the provision that allows the Fed to lend to almost anybody under circumstances it deems “unusual and exigent.”) The Dodd-Frank law of 2010 further widened the GAO’s authority, allowing it to review the Fed’s internal controls, policies on collateral, use of contractors and other activities—but the GAO is still blocked from reviewing or evaluating the Fed’s monetary-policy decisions.

The Audit the Fed bill would change the law again, and allow the GAO to examine and criticize all monetary policy decisions without restriction.

If we did want to see a lot more inflation for the U.S., Paul’s bill would be the way to get it. The main effect of the bill would be to give Congress an additional tool to exert operational control over monetary policy. The political pressures will be very strong not to raise interest rates when the time does come to start to worry again about inflation. And when the Fed does get to raising rates, it will mean extra costs for the Treasury in paying interest on the federal debt– Congress isn’t going to like that. The primary effect of the legislation would be to give Congress one more stick with which to try to beat up on the Fed when the Fed next does need to take steps to keep inflation from rising.

In fact there’s a pretty dependable historical correlation– the more political control over monetary policy that a country gives to the legislature and the administration, the higher the inflation rate the country is likely to get. 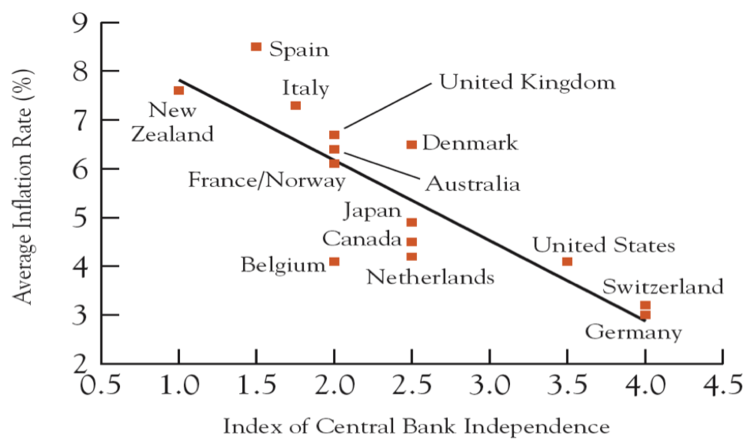 Source: Alesina and Summers (1993) via Cecchetti and Schoenholtz.

59 thoughts on “Audit the Fed”