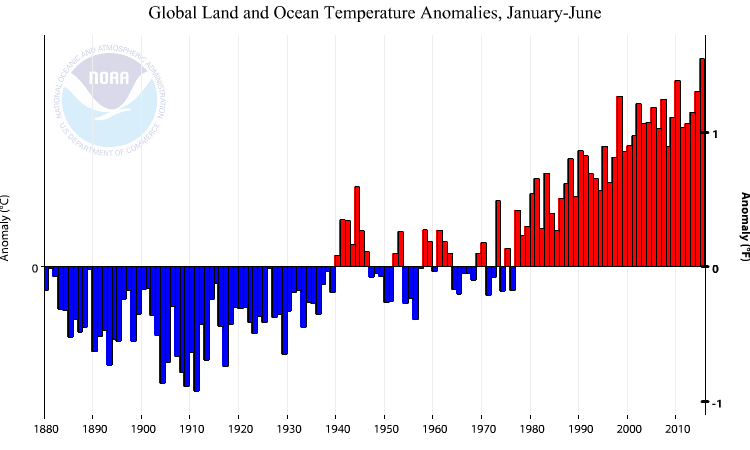 If one dismisses the Trump thesis that global climate change is a Chinese plot (6 Nov 2012) (I guess he saw one too many Frankenheimer movies), then perhaps we pay attention to what econometric models suggest. Here’s one by Jim Stock, et al., which concludes:

The results of this analysis indicate that observed temperature after 1998 is consistent with the current understanding of the
relationship among global surface temperature, internal variability, and radiative forcing, which includes anthropogenic factors that have well known warming and cooling effects. Both of these effects, along with changes in natural variables must be examined explicitly by efforts to understand climate change and devise policy that complies with the objective of Article 2 of the 1992 United Nations Framework Convention on Climate Change to stabilize “greenhouse gas concentrations in the atmosphere at a level that would prevent dangerous anthropogenic interference in the climate system.”

145 thoughts on ““Global warming is a total, and very expensive, hoax!””