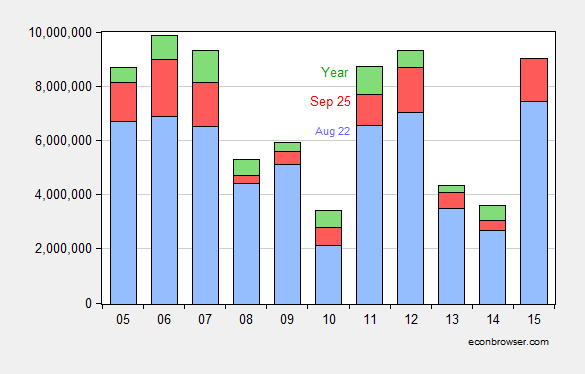 This in turn raises the estimated total expenditures from $2.27 billion to $2.29 billion. 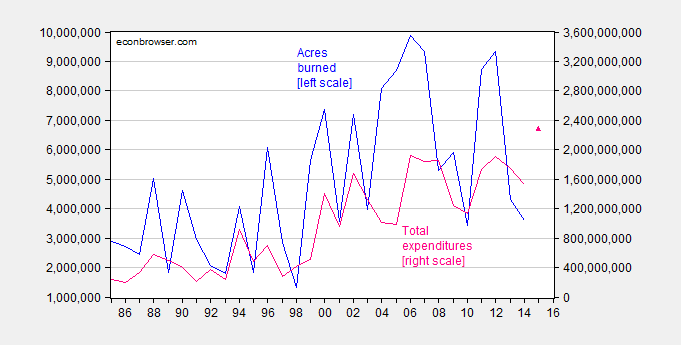 I’ve only tabulated direct Federal fiscal costs; here is an article on part of the human toll. Further note that these costs do not include state level costs. Cal Fire’s total budget for the current fiscal year is about $390 million.[1]