That’s the title of WaPo’s FactChecker recap of the Governor’s misrepresentations. Three Pinocchio’s!

Here is a graphical depiction of Wisconsin private payroll employment, Governor Walker’s August 2013 promise of 250,000 new jobs by January 2015, and how long it will take to hit that target assuming employment evolves as it has since Governor Walker took office. 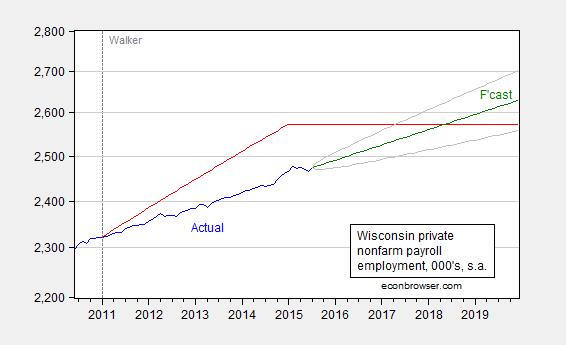 Update: The irrepressible Rick Stryker argues that WaPo is merely pushing distortions in the guise of fact checking. Let me merely provide another graph, wherein we see how Walker’s touting of a lower unemployment rate than the US is — at the very least — misleading. 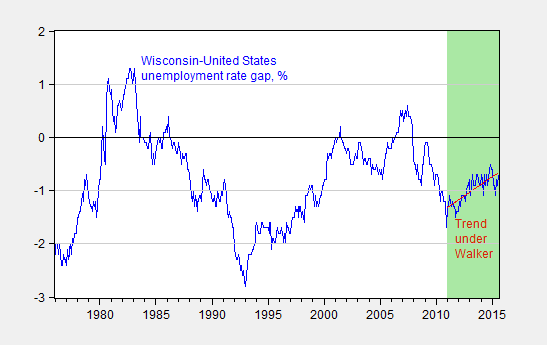 Observers will note that the trend is upward, i.e., improvement in Wisconsin’s unemployment rate is lagging the Nation’s. The trend is 0.144 ppts per year, t-stat 5.6 using HAC robust standard errors.