As noted in The Hill, from a letter written by key House and Senate leaders to President Obama:

The continued misalignment of China’s currency is unsustainable and unacceptable.

The yuan’s value. While the yuan has depreciated recently, on a trade weighted basis, the real value of the yuan is (still) 14% higher (in log terms) than it was in 2014M06. 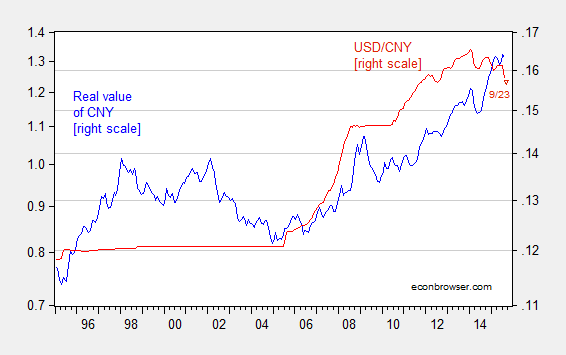 The external balance. Chinese foreign exchange reserves in dollars have been declining for the past year. 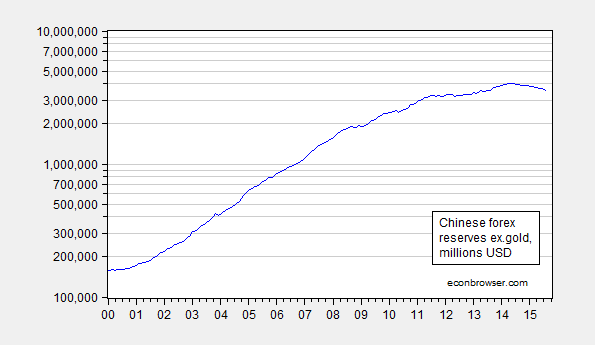 Capital outflows have been increasing, at least as can be inferred from current account data and changes in fx reserves.

Put together, these points do not support severe undervaluation, even after the recent yuan devaluation. More on undervaluation here and here.

There are plenty of contentious issue-areas for the US and China to deal with. Severe yuan undervaluation is not one of them (unless much larger devaluations are in the pipeline).