The IMF staff has now determined the Renminbi should be included in the IMF’s unit of account, the Special Drawing Right (SDR). Reviews of the decision are covered here and here. But as the articles note, there is a long ways to go before the RMB is internationalized so as to rival the dollar or euro.

This was actually the point I made in the discussion of a paper on the RMB’s progress toward internationalization by Eswar Prasad, at the Asia Economic Policy conference at the San Francisco Fed a week and a half ago (conference agenda not yet online). The paper is not yet online (an older paper from last year is here).

The reason the road will be long is fairly simple — at least in my mind. It’s not because of technical difficulties — Chinese policy authorities have demonstrated that if the political will is there, they can implement policies forcefully and effectively. Rather it is a question of choices, and in this case the trilemma is once again relevant:

In order for China’s currency to become a key international — as opposed to a regional — currency, it will have to liberalize the capital account (and the domestic financial system as well). That process in itself requires a conscious decision to relinquish control. That process is already underway with respect to capital account openness, as shown in this figure from Chen and Qian (2015) (earlier version discussed in this guest post). 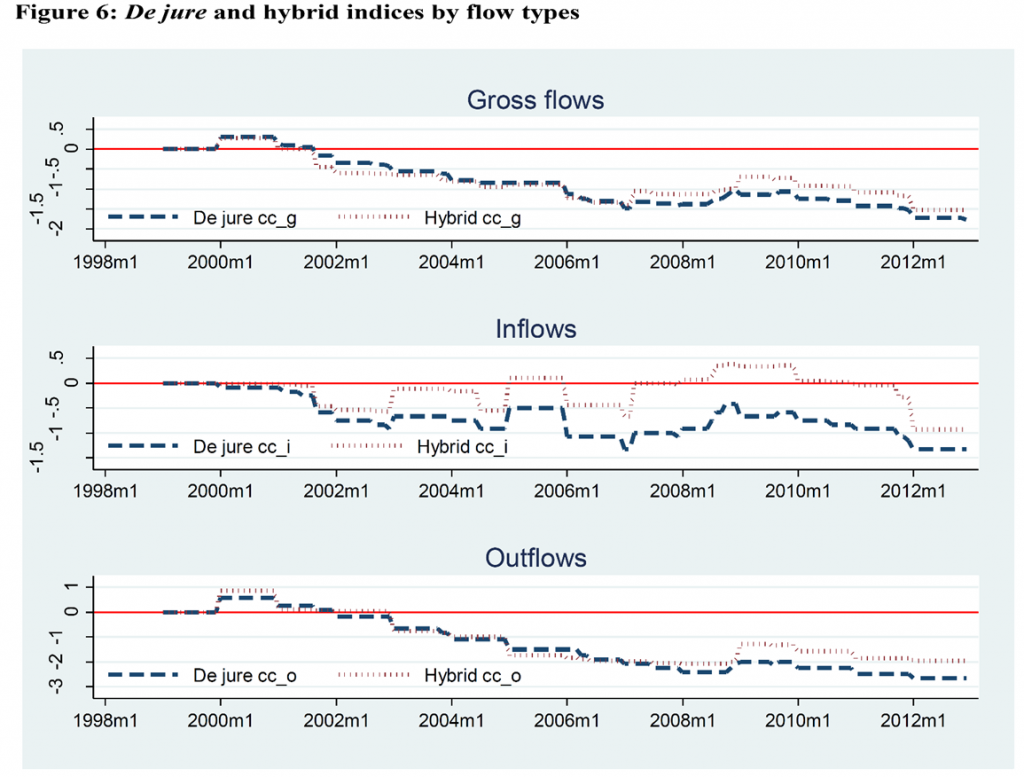 In the best of times, these would be difficult decisions. Against a backdrop of a decelerating economic growth, tentative financial conditions, and a weak global economy, it’s not clear that Chinese authorities would view the ascension of the RMB as a sufficiently high priority, so as to sacrifice policy autonomy.

These arguments are laid out in greater detail in “Emerging Market Economies and the Next Reserve Currencies,” OER (2015).

1 thought on “The RMB in the SDR: What Does It Mean for RMB Internationalization?”