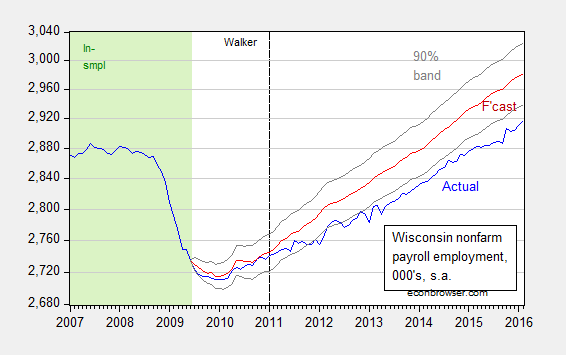 Some have argued that Wisconsin’s lackluster performance is due to the strength of the dollar. This may be true, but it is not validated by the regression analysis. The dollar’s real value (as measured by the Fed) does not exhibit statistical significance in the error correction model. Moreover, the gap between the counterfactual and actual is not cointegrated with the (log) real dollar.