That is the title of a post by Maury Obstfeld, Chief Economist at the IMF, on the occasion of the release of the April 2016 World Economic Outlook forecasts.

Global growth continues, but at an increasingly disappointing pace that leaves the world economy more exposed to negative risks. Growth has been too slow for too long.

The new World Economic Outlook released today anticipates a slight acceleration in growth this year, from 3.1 to 3.2 percent, followed by 3.5 percent growth in 2017. Our projections, however, continue to be progressively less optimistic over time.

The downgraded forecasts reflect a broad-based slowdown across all countries. …

What risks concern us the most? Prominent among them are financial and non economic risks?

For the answer, see the post; forecasts are shown below: 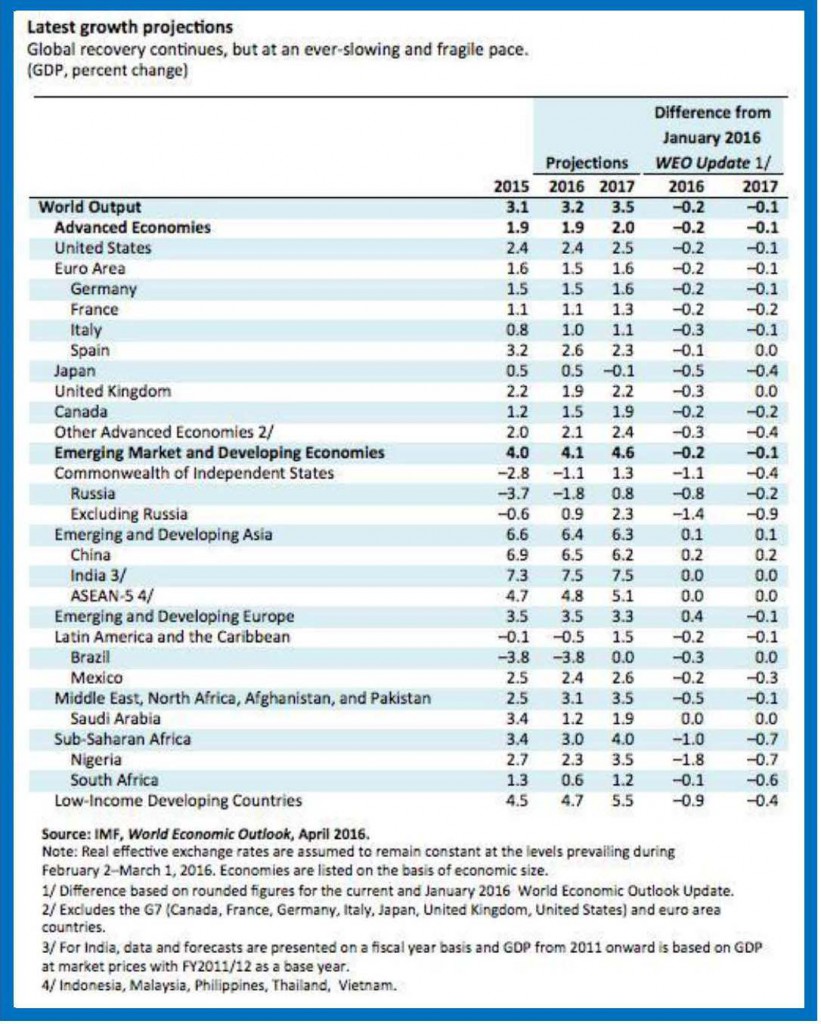 21 thoughts on ““Global Growth: Too Slow for Too Long””