A previous post on mass shooting casualties has been widely circulated. Here I update to include recent data, and to normalize by population. An upward trend indicates the incidence of casualties is rising.

Here is the aggregate series (expressed per million population). 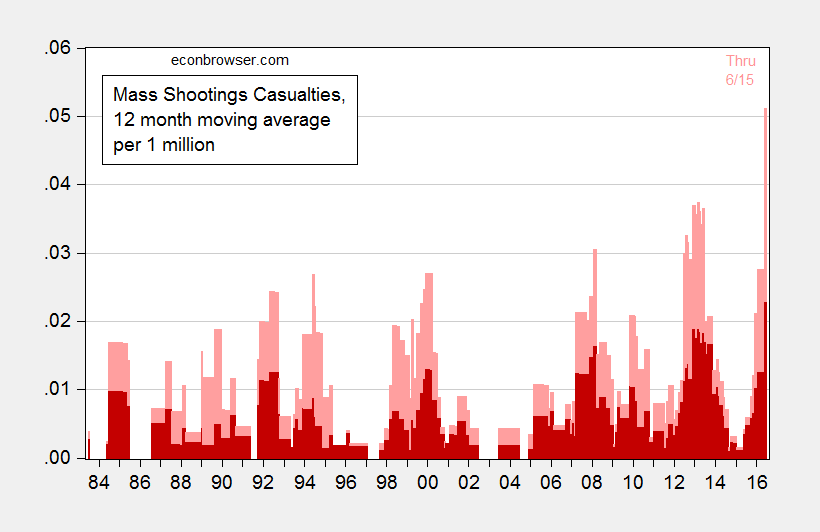 Here are the disaggregate figures. 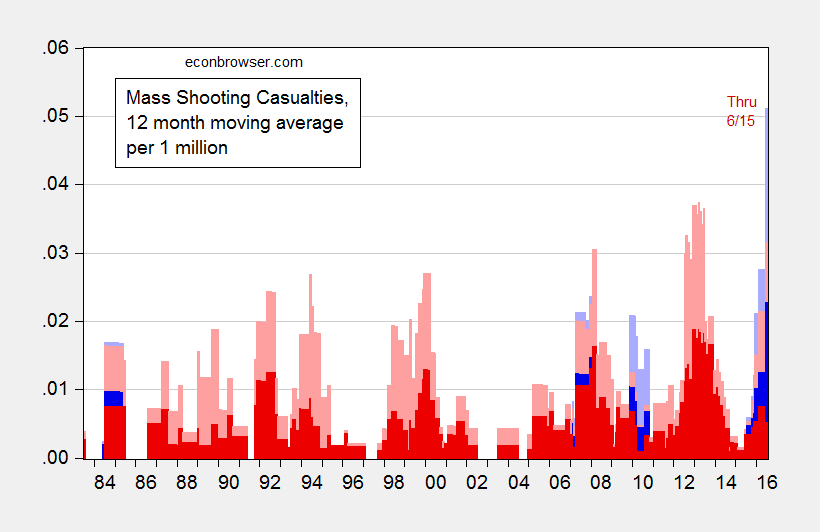 Non-normalized data can be seen here.

Updated, 6/17 7:45AM Pacific: Reader Jeff suggests a 5 year moving average. I plot below (normalized by population). 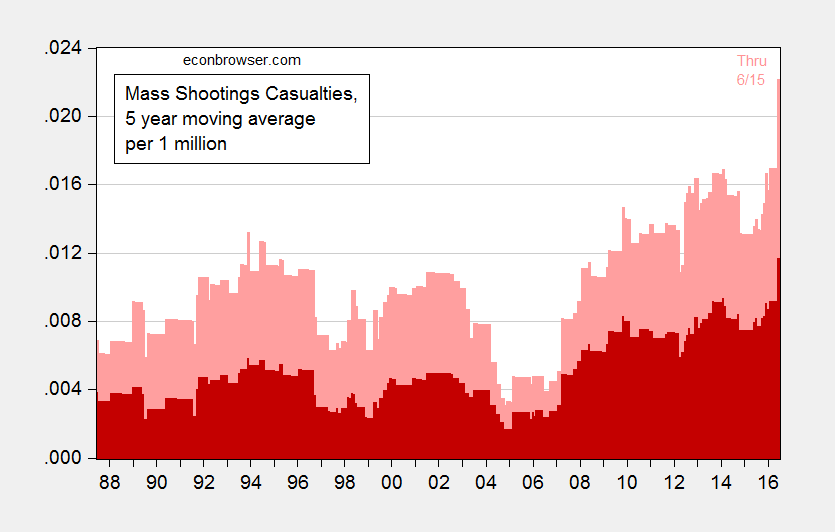 48 thoughts on “Mass Shooting Casualties, by Religion of Perpetrator: Muslim vs. Non-Muslim, Updated”