Employment growth is downgraded, according to several measures, and manufacturing employment is particularly hard hit.

Not only was net employment growth very low, at 38,000, the previous months’ estimates were revised downward. Even after accounting for the 37,000 subtraction due to the Verizon strike [CR], May’s number was not good. 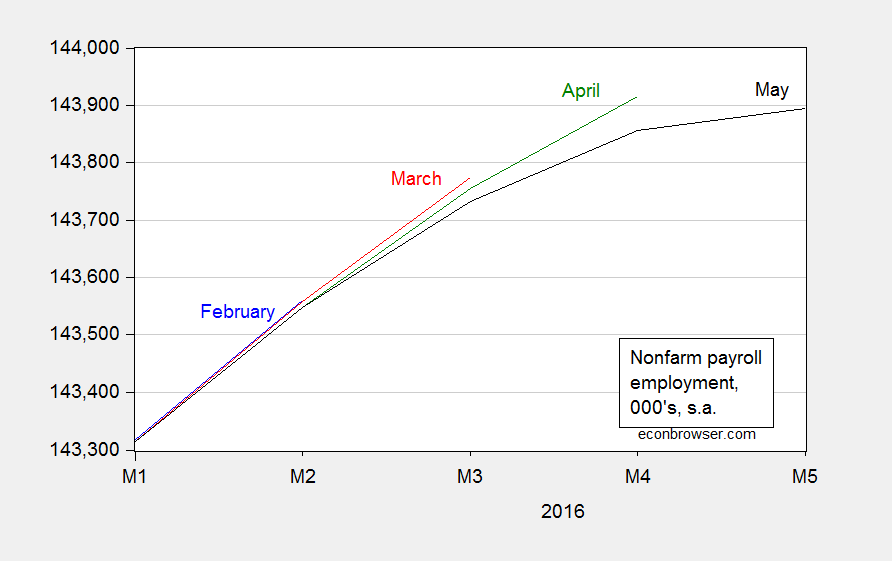 A longer span of data puts growth in perspective. The household series adjusted to the NFP concept also shows a slowdown. 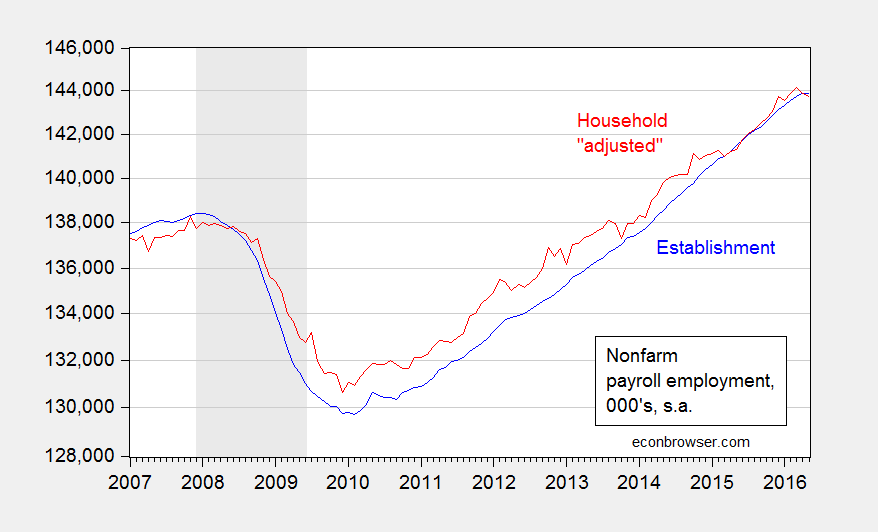 Of particular concern is the slowdown due to external conditions, including the dollar’s value. 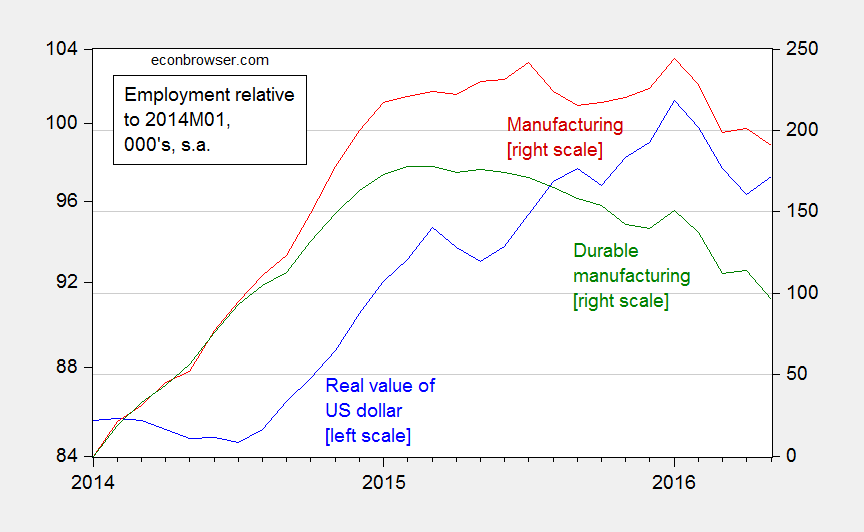 Since January 2014, manufacturing has accounted for less than 200,000 of the 6.3 million cumulative net NFP employment gain. The already strong dollar is yet one more reason to refrain from further monetary tightening.

I will just say looking at the trend (as opposed to one or two months’ worth of data) is a good idea. Figure 4 presents both manufacturing employment and aggregate hours, normalized to 2014M01=0. 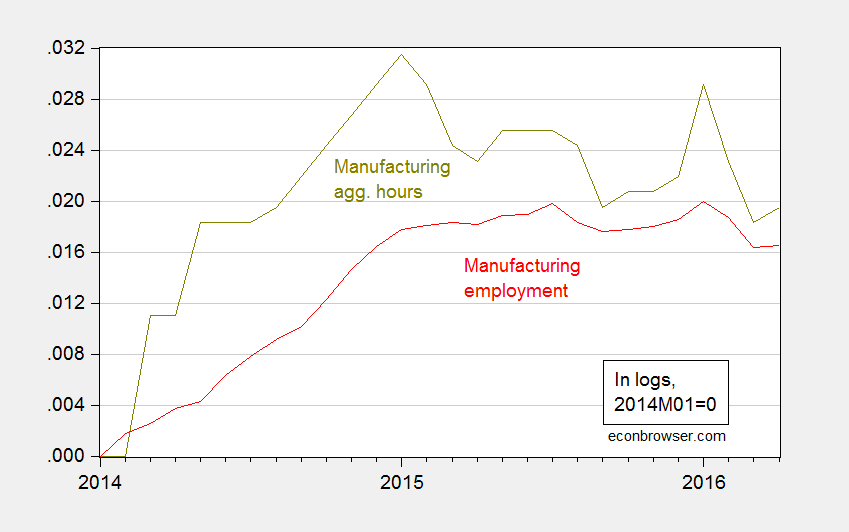 As is clear in the graph, aggregate hours is trending downward from January 2015 onward. In other words, this graph strengthens the case that the tradables sector is undergoing greater stress.

8 thoughts on “Some Messages from the Employment Release”