First, here is the figure that Political Calculations displays: 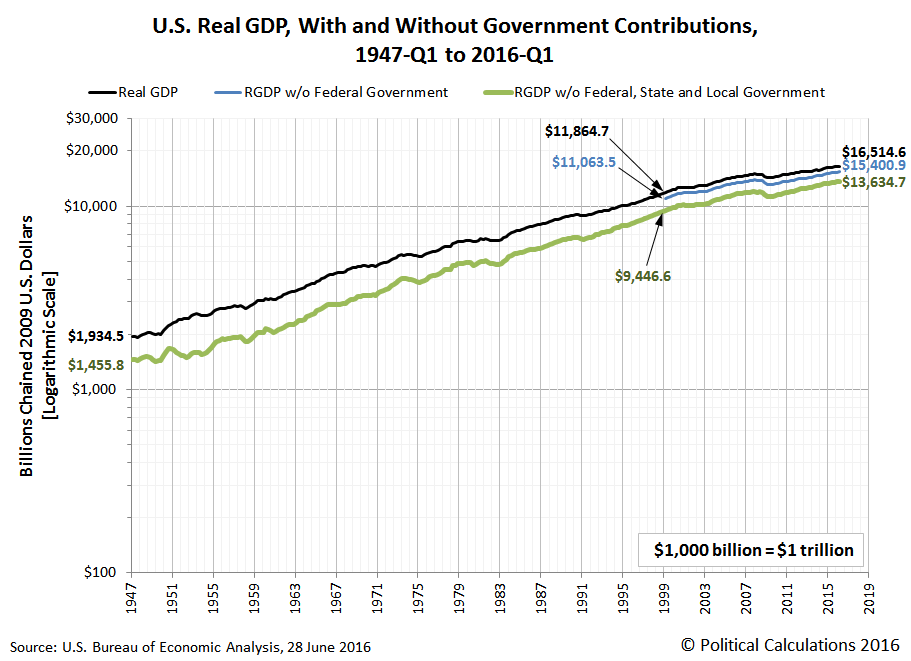 The real GDP ex-government was apparently calculated by simply subtracting Chain weighted government consumption and investment from Chain weighted GDP. (I verified this point by doing the subtraction myself, and matched his 2016Q1 figure.)

As is well known by professional economists, one cannot simply subtract one Chain-weighted measure from another, unless one is working with the reference period (i.e., looking only at 2009 values when the units are expressed in 2009 dollars.) Otherwise, one needs to use some sort of approximation method, such as this one. 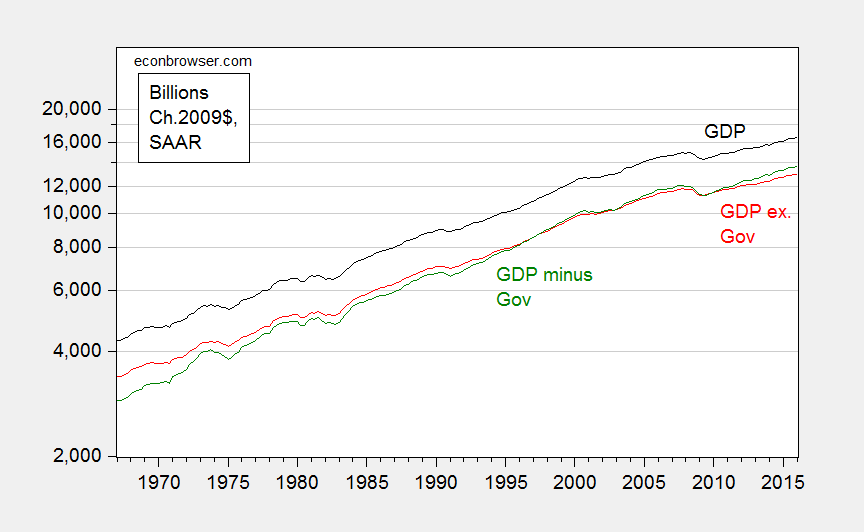 The error looks small in the graph, partly due to the log scale. In reality, the deviation is substantial, 4.9% (log terms) in 2016Q1. In other words, last quarter, actual ex.-gov GDP was 4.9% lower than what Political Calculations had asserted.

One might be tempted to conclude that if one examined data around the reference year (2009), there’d be little problem along all dimensions. This temptation should be resisted; for instance, calculating contributions to GDP growth using the simple-subtraction method would lead to very different inferences than if one used the correct measure. This is shown in Figure 2. 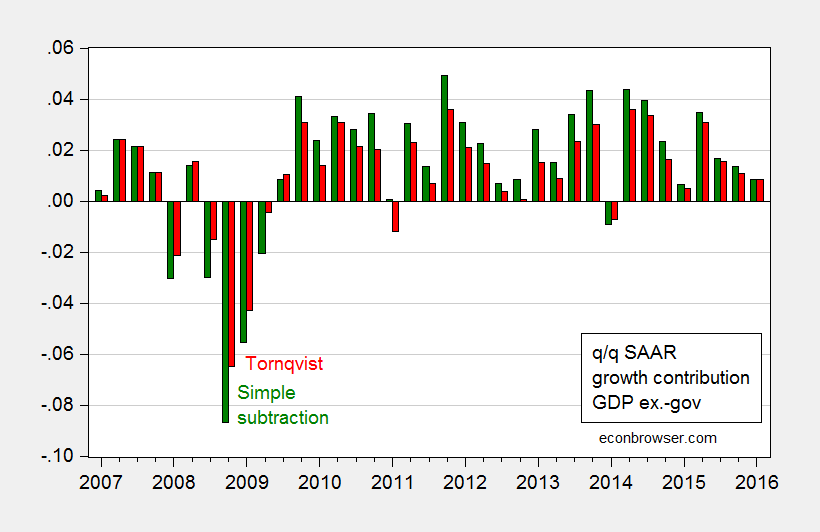 On a related note, Political Calculations also makes a methodologically similar error in this post, as discussed here.

2 thoughts on “Tracking US GDP ex.-Government”