Check out global yield curve, looks similar to UK in that it has been on the slide for years as well.

It’s true yield curves have been flattening (as noted in this post). However, it is an empirical question whether the UK yield curve flattened more than others, upon the Brexit vote. Figure 1 compares the change in 10 year-3 month spreads from 18 June (before the vote) to today (July 25). 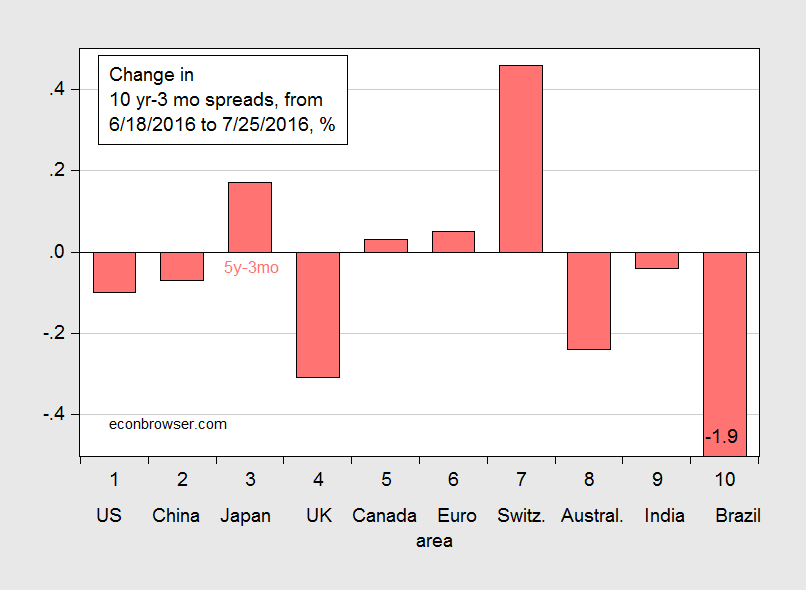 If it’s not obvious, the UK experiences a bigger flattening than any other country in the sample, save Brazil. I don’t think it’s implausible it has something to do with Brexit.