But still looks darned high. Wonder what it is in the UK…

As reader Neil points out, the big spike in policy uncertainty was revised down. But still, uncertainty on 6/25 was still remarkably high, at 564. 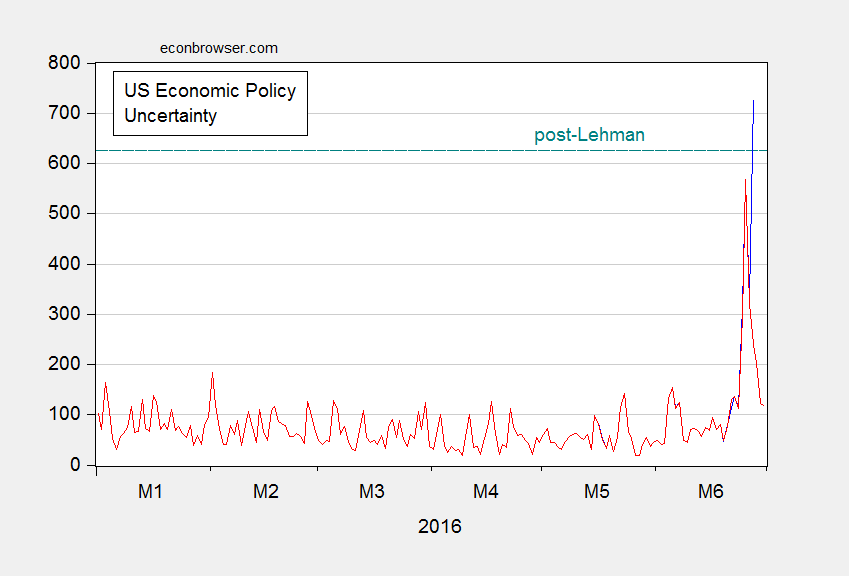 It is also hard to compare Lehmans to Brexit and say which is worse – Lehmans was truly terrible as a financial shock but potentially narrower in scope, while Brexit is less damaging on impact but may be worse long-run if global trade and pro-growth centrist policies in Europe unravel. Ever since WWII these policies have helped promote European growth, and in a post-EU world Southern Europe could swing wildly to the left and Northern Europe become more insular.